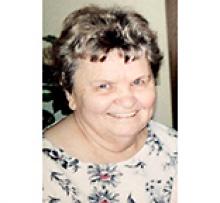 Mary passed away peacefully on February 2, 2021, at Misericordia Hospital at the age of 96.
Her passing is mourned by her daughter Joanne of Sydney, Australia, her son Dennis (Christi) of Phoenix, AZ, and her granddaughters, Lisa (Arman) of Newport Beach, CA and Sara (George) of Barcelona, Spain, her sister Vera (Weremiuk), and numerous nieces and nephews of four generations.
Mary was predeceased by her husband Flash in 2006, parents, Wasyl and Pelagia Pytel, sisters, Diane (Rickey), Pearl (Kaczor), Olga (Duncan), Dorothy (Chipman), brother Mike Pytel, and her son-in-law Leslie Clarkson.
She was raised in Winnipeg's North End and attended St. John's High School. After graduation, she went to Toronto to work in a munition's factory during the Second World War, and returned to Winnipeg where she met her husband of 59 years. They lived in Tisdale, Yorkton, Moosomin, Regina, Fahler and Phoenix before retiring back in Winnipeg.
Her family would like to thank the staff at Misericordia Place for the kindness and consideration they gave Mary while she lived there.
In accordance with her wishes, cremation has taken place. There will be no service.
In lieu of flowers, donations may be made to a charity of your choice.