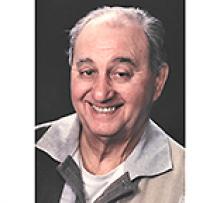 Suddenly, on Friday, February 5, 2021, Donald McWilliams passed away at the age of 88.
He was predeceased by his wife, Patricia McWilliams, whom he had been married to for 67 years; his parents, George and Martha McWilliams; siblings, Evalina (Armand), Marie, Ida (Charles), Annie, Ethel, Patricia and Jack (Carol); his brother-in-law Murray Fargey, and son-in-law Brent Renner.
Donald also leaves behind to miss him his three daughters, Diana Murray, Donna Renner and Darlene McWilliams; sisters-in-law, Betty Fargey and Peggy Fisher; granddaughters, Melissa Burke (Vince), Vanessa Whitehead (Cameron) and Rowan McWilliams. His four great-grandchildren, Sara, Kenadie, Connor, and Audrey-Marie Burke will also mourn his passing.
The funeral took place on Thursday, February 11, 2021 at Chapel Lawn Funeral Home.
In lieu of flowers, donations may be made in memory of Donald McWilliams to Homes for Heroes Foundation, Suite 900, 2424 - 4 Street SW Calgary, AB T2S 2T4.