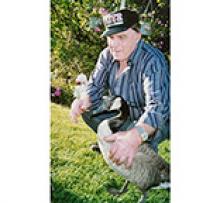 It is with great sadness that we announce the passing of Walter at Pinawa Hospital at the age of 88 years.
He leaves to mourn his wife Mavis, of 67 years of marriage, one son Darwin (Donna), two grandsons, Justin (Francesca) and Jeffrey (Felicia); two great-grandsons, Jaxon and Jace; his sisters, Josie (Steve), and Jean; brother Ronald (Dorothy), and sister-in-law Annette. He is also survived by many nieces and nephews, his best friend Beverly and his pet Chippy.
Walter was predeceased by his dear son Blaine, mother Tillie and father Michael, brother James and brother-in-law George.
Walter farmed most of his life and in later years was employed by the Rural Municipality of Lac du Bonnet as a grader operator. He retired in 1997 after becoming ill. He enjoyed small engine mechanics and outdoor life until his illness kept him immobile. In his later years he did woodworking in the basement of his home. Some of his work could be seen at the Lac du Bonnet museum and the Anglican Historical Museum where he was a member. He was also a member of the Wildlife Association.
He could be seen scooting around town on his scooter, especially at the dock to meet his friends. His pastime was taming his goose and feeding his pet chipmunks.
We would like to thank the nursing staff and doctors at the Pinawa Hospital who took good care of Walter in his final days.
Cremation has taken place and a Celebration of Life will be held at a later date. Walter will be laid to rest at the Lac du Bonnet Cemetery.
In lieu of flowers, donations may be made to a charity of one's choice.

Family and friends are invited to share memories and leave condolences by visiting Walter's memorial page at seasonsfunerals.ca