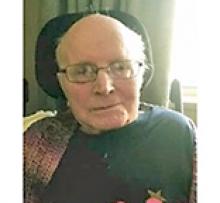 Sadly, we announce that our dad and husband passed away on Tuesday, February 9, 2021, at the age of 95 years.
Emil is survived by his wife Dorothy, of 71 years, son Larry (Kathy), daughters, Linda (Jim) Feasby, Kathy (Dean) Lewandoski, six grandchildren and three great-grandchildren.
Emil was predeceased by his parents, Anne and Peter Kiziak, brothers, John (Ann) and Walter (Joyce).
He grew up in Brightstone, Manitoba and married his wife Dorothy in 1949. They lived in Lac du Bonnet for a few years and then made the move to Winnipeg. There he worked for the Canadian Forces Base in Winnipeg and then moved on to Manitoba Hydro where he retired as a Technical Supervisor.
Emil and Dorothy moved to Sandy Lake and spent 25 wonderful years there, wintered 25 years in Texas, travelled and cruised many places from there.
The family would like to express their sincere gratitude to the staff at Golden Door Geriatric Centre for their wonderful care and compassion and to Dr. Sheila Domke for the comfort he received.
Flowers are gratefully declined, if friends so desire donations in Emil's memory may be made to the Alzheimer Society of Manitoba.
In keeping with Emil's wishes, cremation has taken place and a memorial service celebrating his life will be held once Covid restrictions have been lifted.