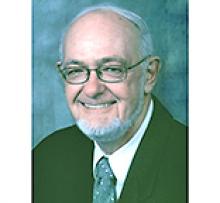 It is with deep sorrow that we announce the peaceful passing of Bernhardt (Ben) Friesen on February 5, 2021. He will be dearly missed by his family and friends that he left behind.
Ben was predeceased by his beloved wife Roslyn; his sister Margaret; his brothers, Dick and Peter. In 2006 Ben married his longtime friend Heather. He is survived by his wife Heather; children, Sharon (Murray) and Greg.
Ben was born in Waldhein, Saskatchewan. He attended University in Saskatoon where he obtained his science degree. He then went to Toronto and received his Meteorology degree.
Ben has worked for the Federal Government from the time he began working until he retired at age 55. He started his career working for the Government of Canada with the military in Portage La Prairie, then Trenton, and then Winnipeg. He then went to Moose Jaw to run a Meteorology office there, and then back to Winnipeg to run the office here.
Ben needed to take a French course working for the Federal Government. After retirement he taught Meteorology in French at Boeing in Portage la Prairie part-time until age 65.
Ben attended Prairies Spirit Church and sang in the choir. He also enjoyed attending the Baby Boomers Café put on by the Continuity Care.
We are so thankful for the treatment and the compassion shown to Ben by Dr. Sin and the staff at the St. Boniface Hospital. We can't say enough to thank them.
In lieu of flowers, donations can be made to the Prairie Spirit United Church and to the Continuity Care Baby Boomers Café.
Due to COVID-19 restrictions, a Celebration of Life service will be held at Prairie Spirit Church at a later date.