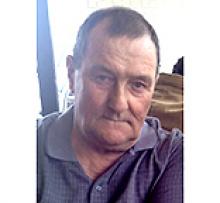 It is with great sadness that we announce the sudden passing of Wilfred William Maskow, aged 79, in the early morning of February 3, 2021, at the Gimli Community Health Centre.
Left to survive, his wife of 52 years, Maureen; sons: Kurt (May) and Trent (Roxanne); grandchildren: Dylan, Donavin, Mary and Harley; great-grandchildren: Lucy and Roman; his sister Sharon; brother-in-law Ken (Marcie). Also survived by many nieces, nephews, cousins and close friends.
Wilfred was predeceased by his son Todd, daughter-in-law Rosemary, his parents, Bill and Mary Maskow, sister Lyn Lindstrom, and his brother-in-law Martin Todd.
Dad loved the outdoors and spent all of his free time outside. He enjoyed visiting with family and friends and especially spending time with his grandchildren. Telling jokes, stories and just spending time together. Many laughs were had and many memories were made.
Cremation will take place and a private interment will be held at a later date.
Memorial donations may be made to the Heart and Stroke Foundation of Manitoba, CancerCare or any charity of your choice.
The family would like to thank all of the staff at the Gimli Community Health Centre for their care and compassion with Dad during his stay there. Also, a huge thank you to friends and family for all their help over the past years to keep Dad living at home for as long as he did. Too many names to mention but you all know who you are!!