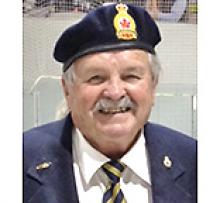 Peacefully, on February 11, 2021, Jim passed away at the age of 80, with his family around him. Jim made the decision to have a gruelling surgery to try and come out the other side with a refurbished heart that would give him more time with his beloved family. He fought a heroic battle but sadly it was not the outcome we all hoped for.
Jim was born in a two-room log cabin near Camper, MB in 1940 to Lillian and Tom Gray. He was the eldest of six children. He grew up on the farm, no running water or electricity, helping his parents and getting into mischief. As a toddler he played around the farmyard with his pet pig who wore a bell so his mom could locate them both. His first trip to the "big city" of Winnipeg allowed him to see streetlights for the first time to which he excitedly exclaimed "Look at all the moons, Dad! Look at all the moons!" His parents and siblings moved to Winnipeg when he was 12. He later joined the Royal Canadian Navy and set out to see the world. He met the love of his life: Ann Marie in Nova Scotia and they were married in 1960. They celebrated their 60th anniversary last year in March. Jim and Ann adopted their daughter, Wanda, in 1974. She could not have asked for more supportive and loving parents. Jim was always looking to become better and learn new skills. He was amazingly curious about everything from nature to astronomy. He trained to get his fixed-wing plane licence and then his helicopter pilot's licence. He made a far-ranging career including flying in Canada's Arctic tagging polar bears, owning his own helicopter company outside of Calgary and later training a new generation of helicopter students in Manitoba. He was always the most positive and cheerful person in the room. He never missed a chance to support his family and make their day special. Whether that was taking them up for a helicopter ride or cheering at sports game or remembering to send a birthday card. He was always thinking of others. When his grandchildren were born, he took that to a whole new level. There may have never been a prouder Grandfather in the history of Grandfathers! He loved his grandkids more than anything.
Jim was very active with the local Stonewall Royal Canadian Legion Branch #52, serving most recently as the Vice-President and in the Colour Party. He was also a member of the Masons for many years. He had many dear friends in both organizations.
Jim will be sadly missed and lovingly remembered by his wife Ann Marie, daughter Wanda (Chris) and grandchildren, Josh and Skylar. He is survived by his sisters, Roberta (Dave), Joan (Gerry) and Judi. He is also survived by his brother Glen (Kim) and many nieces and nephews who Uncle Jim was always happy to see with a big smile and a lung-squeezing hug. He was predeceased by his parents, Lillian and Tom, and his youngest brother Rik.
The family would like to thank all the caring staff at the St. Boniface Hospital Cardiology Unit for their kind and compassionate care of Dad especially during these trying times of Covid-19.
Jim was a kind man with an infectious smile and will be missed by all who knew him. He was easily the cutest little chopper pilot there has ever been.

Dad, there would never have been
enough time or enough hugs.
We will miss you so much.

In lieu of flowers, a donation may be to the made Heart and Stroke Foundation or to a charity of your choice.
A celebration of his life will be held at a future date due to the current Covid restrictions.