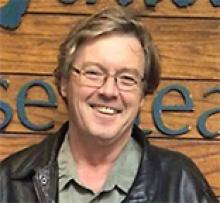 There is a little less plaid in the world today.
February 9, 2021, Peter Edmund Firlotte passed peacefully in his sleep after losing his battle with colon cancer.
He was preceded by his parents, Peter E. Firlotte Sr. and M. Jean (Carley) Firlotte; and his sister Anita Firlotte Banach (Jim). He is survived by his loving wife Nancy Gouliquer; and his cherished twins, Margaret and Peter ("PJ"). Also survived by his sisters, Judith (Mike) and Susan (Doug); and brother Tom (Susan). He leaves many treasured nieces and nephews, Natalie, Charlotte, Amber, Brian, Arlene, Rob, Michael, Amanda, Georgie, Theo, Catherine, Yaseen, and Zaid. Also survived by many, many cousins.
Pete was born July 13, 1952 in Montreal where he was raised and went to school, CJIP and University. He spent 10 years as a commercial aviation pilot and flew more than 35 types of aircraft on wheels, floats, and skis. He worked in diverse fields as a Medevac Pilot, Forest Fire Suppression Pilot, IFR Flight Instructor, and Civil Aviation Pilot. In 1984 he joined Transport Canada as a Civil Aviation Planning Officer. He next spent several years as a Regional Safety Officer. Later as a Civil Aviation Inspector in Special Projects he headed up diverse files such as UAV (Drone) Regulation, Special Prosecutor, Testing for Special Medical License Applications, and others. ("And this, and this, and this…") At the same time, he made a name for himself as a Union Rep and according to his friends in the CFPA: (sic) "Pete always liked to present himself as 'just a dumb bush pilot' however he was anything but. While Pete could be an acquired taste for some, he was a giant personality who endeavoured every day to make the world a better place."
Pete lived his life to the fullest during his retirement. He enjoyed motorcycle trips across the continent, in S. Africa, Nepal, Morocco, and across Europe. He took numerous dive trips in Mexico, Roatan, and in Indonesia on the Great Reefs. He travelled Canada and spent long days at the cabin soaking up the 'dock-time' and the sunsets.
Pete was an amazing father who spoiled his kids and supported their endeavours. He encouraged them in getting their pilot's licenses, took them to Mexico on dive trips, motorcycled with PJ, and drove to Red Lake to rescue Margaret in the 'feisty moose incident'.
Pete was a loyal friend although he also said; 'fragile egos need not apply'! Left to miss him are his coterie of loyal friends, acquaintances, neighbours, aviation mates, and adventuresome souls who accompanied him on his many travels, escapades, scrapes, brushes with the law, explorations, and shenanigans over the years.

Pete said, "Thanks for being my friend".

Pete, we will miss you.
We wish you blue skies and tailwinds.

Donations to CancerCare if so wished.