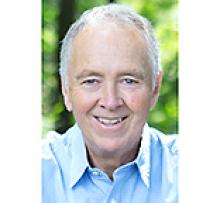 It is with profound sadness that we announce the passing of Kenneth Frank Ball, on Wednesday, February 17, 2021, in his 70th year, peacefully at his home in Port Dover, Ontario, with family by his side.
He will be lovingly remembered by his wife and life partner, Margaret Ball, of 46 years. Cherished father to Ryan (Kristin), GayleAnne (Christopher) and Lindsay (Ashish). Adored grandfather to Ethan, Kyle, Brandon, Colin, Laura, Gabriel and Grace. Eldest brother to Allan (Susan) and Brian. Brother-in-law to Gail Smith (Peter) and Jim Blair. Uncle and great-uncle to numerous nieces and nephews. Predeceased by his parents, Frank and June Ball of Winnipeg.
Ken will always be remembered for his incredible sense of humour, engaging stories, and the generosity of his time in support of others. Ken graduated from the University of Manitoba in Mechanical Engineering in 1973, and further obtained his MBA from the University of Toronto in 1979. His career began with Ontario Hydro and quickly progressed through increasingly more senior-level leadership roles with Imperial Oil (Toronto, Sarnia, Dartmouth) and Suncor (Sarnia), culminating in a particularly rewarding experience with Ontario Power Generation (Nanticoke) where he retired in 2007. While his accomplishments and contributions were many, he took equal satisfaction in building and cultivating relationships throughout each organization. This however was only eclipsed by the immense amount of pride and passion he felt for his family and watching them grow, which became a particular area of focus following his retirement. When not involved in activities supporting his children, he and Margaret could be found travelling to over 65 countries around the world, undertaking household renovations, boating, or finding new experiences and adventures together.
Cremation has taken place. A private family service will take place at a later date.
For those wishing to make a memorial donation in of lieu flowers, the family would like you to consider the Haldimand Norfolk Alzheimer Society (www.alzhn.ca) in Ken's honour.
Ken will be greatly missed by the many that had an opportunity to know him. The family would like to extend a special thank you to Elana and the palliative care team of the L.H.I.N. for their compassionate care.

Serenity Burial & Cremation Services Inc. Port Dover, Ontario have been entrusted
with the arrangements.
Online condolences can be left at www.serenityburialandcremation.com