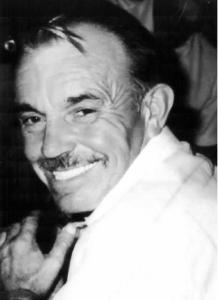 KOPITA: Josip (Joe) was born in San Pietro in Selve, Italy on the 3rd day of the 3rd month of 1933. Died on February 16, 2021. After the Second World War, San Pietro became part of Yugoslavia of which Joe tried twice to escape from. On the second try, he eventually made it back to Italy, and then to Canada in 1960 leaving family behind. He was introduced to Pat Foster of Brandon, Manitoba by a friend and they married three years later in 1965. Six months into the marriage they moved to Hamilton, Ontario where they still reside. Joe was predeceased by mother Maria when he was just twelve days old, raised by grandmother Antonia and father Alberto, both predeceased. Predeceased also by his only brother Ivan, step-mother Katarina, half sister Marija, and brother-in-law Josip Defar. Survived by two nieces, and one nephew of Croatia. Predeceased by still-born daughter, September 13, 1972. Survived by in-laws, Joanne and Dave Bell of Brandon, Manitoba. Survived by brother and sister-in-law of Tottenham, Ontario Robert and Barbara Foster. Predeceased by in-laws Margaret and Jim Darvill of Brandon, Manitoba. Survived by two nieces and six nephews and their families. In Hamilton Joe was a proud member of the Labourer's International Union of North America, Local 837 for 53 years. He retired at the age of 62. Josip's love was travelling, which he and Pat did a great deal of until he got Parkinson's. He loved hockey, and cars. Special thank you to our family, friends, and neighbours. HWSRA, Dr. Di Paola and staff. Tina Allen from the LHIN program, employees from Bayshore, PSW from CBI, Med Smart Pharmacy, and Paramedics. A Celebration of Life and urn burial will be held in Brandon, Manitoba later in the year when it is safe to do so. In lieu of flowers, memorial contributions to the War Amps or Parkinson's Canada would be appreciated.

"If all the world passed me by and offered me to choose,
The greatest treasure
of them all,
I'd only want just you."
"Thank you,
Joe for sharing your life
and love with me.
Love always, Pat"
Online condolences
may be shared at
www.markeydermody.com