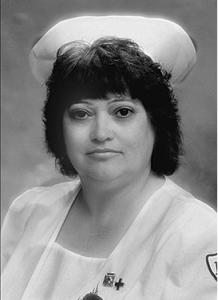 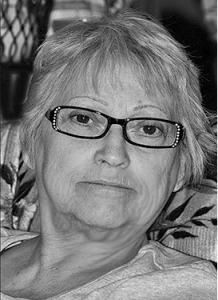 RODGER: Marlene Elizabeth Rodger (née Taylor) passed away peacefully at the Brandon Regional Health Centre on Wednesday, February 17, 2021 at the age of 66 years. Marlene was born on September 11, 1954 in London, Ontario. In 1957, Marlene and her family moved to the military base in Rivers, Manitoba before moving back to Ontario in 1969. One year later Marlene made a move back to Manitoba all on her own and married Gil Rodger on June 3, 1972. Together Marlene and Gil had three boys. Marlene and Gil's marriage ended in 1983 and shortly after she met Jim Atkinson and they began their life together. Marlene graduated as an LPN in 1985. Years later she went back to school to become an RN graduating in 1995. Marlene worked at the Brandon Hospital on 400 medicine for 30 years, where she was well liked and respected. Following her retirement in August of 2015, she began teaching the Health Care Aide course through ACC. Marlene was devastated this past September when she had to quit teaching due to her diagnosis. She had many things that she was passionate about. She belonged to the Westman Hospice board for many years including a term as President; she started a Chase the Chill chapter in Brandon; she enjoyed knitting and providing scarves to those who needed them. She also loved genealogy. She was a proud member of the United Empire Loyalists, having received her certificate in October 2017 and getting all boys and grandkids their certificates the following year. In the last few years she was also a Legal Nurse Consultant. Marlene was also a Marriage Commissioner, having performed many weddings throughout Manitoba over the years, including performing the wedding of her son Cory and his wife Tracey. Marlene loved arts and crafts including painting and knitting, country music with yearly trips to Country Fest in Dauphin with Jim, shopping and she and Jim especially enjoyed going to the casinos. She love watching her grandsons play sports, especially Wolverines Football. Marlene and Jim loved travelling, with many trips to Las Vegas, including a trip where she won a $2500 jackpot and a trip where she got a kiss from Wayne Newton! They traveled to Hawaii five times, three times with the Crocus Plains High School Photography students that Jim taught. Other trips included Puerto Vallarta, Mazatlán, Grand Forks and Minot, among others. Marlene also loved to travel with her sister Bev, including trips to Winnipeg, Napa Valley and Pennsylvania to ride hot air balloons, which they both loved. Marlene is survived by her loving partner, Jim Atkinson; sons, Mike (Kelly) of Airdrie, AB; Cory (Tracey) of Brandon; Clayton (Carmen) of Brandon; grandchildren, Lyle (Carleigh), Matthew, Kristopher, Heidi, Tyler and great-grandson, Asher. She is also survived by siblings, Beverly Brain (Bill) of Courtenay, BC; Ron (Christine) of St. Catherine's, ON; Shirley Buchanan (Bill) of St. Jacob's, ON; Gary (Joan) of Yatton, ON; Eileen Taylor of London, ON; Diane Zawislak of Goderich, ON; Ken Taylor of Sundre, AB; and Charlene Taylor of Waterloo, ON. She will also be remembered by her special sister, Pat Creasy and special aunt, Marion Taylor. Marlene was predeceased by her father Raymond Taylor; mother Leila Johnston; brother, Don Taylor; infant brother, Kevin Taylor and by father-in-law, Jim Rodger and mother-in-law, Edith Rodger. A private family service has taken place at the Brandon Cemetery. Donations in memory of Marlene may be made to a charity of choice. The family would like to send a special thank you to everyone who reached out to Marlene and Jim during her illness and sent food, cards, offers of well wishes and help. A very special thank you to Corrie and Betty for everything.