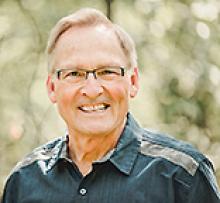 On Saturday, February 20, 2021, we said goodbye to Barry, a man who loved his family and embraced the roles as stepdad and papa. He was a loyal friend to many, some of those friendships going back to his childhood. He was calm, compassionate and experienced a true sense of joy in helping others. Everything he did in life he did with passion and inspired many along the way.
After a valiant struggle with cancer, Barry passed away peacefully at the Riverview Health Centre at the age of 68. His passing is mourned by his partner and love of his life, June; stepchildren, Jarrod and Robyn (Brad); grandchildren, Charlotte and Tommy; sister Linda (John), brother Tom (Gail); nephews, Neil (Patti), Warren (Misty), Palmer and Paige; father-in-law Peter (Flo); sisters-in-law, Nancy (Jim), Shawna (Dave) and their families, as well as many close and lifelong friends. He was predeceased by his father Neil, mother Berthe and sister Beverley.
Barry grew up in Winnipeg and graduated from Dakota Collegiate. Shortly after graduating from the University of Manitoba with a Bachelor of Commerce, Barry started a career with the federal government. He soon realized he was better suited as an entrepreneur and had many successful business ventures resulting in early retirement.
Barry's accomplishments were many. He had the drive, discipline and insight at a very early age to successfully accomplish his chosen goals in life. He was academically gifted, avid outdoorsman and astute businessman. Barry was a humble man who appreciated his blessings. He was fun and courageous, always ready to embrace life's challenges.
Barry excelled at any sport he played including baseball, hockey and golf. His years playing center field for St. Boniface Legionnaires and Native Sons were memorable. Teammates and opponents alike admired his powerful arm, bat and overall talent but mostly respected his strong character. Barry was inducted into the Manitoba Baseball Hall of Fame June 2017.
Hunting was an integral part of Barry's life and he proudly displayed his trophies. After his diagnosis, with the encouragement and support of his core group, he continued to enjoy as many hunts as possible. Barry's illness did not deter him from living life to the fullest. Barry and June loved to travel. They enjoyed many trips to Mexico and Las Vegas, but their highlight was watching the Toronto Blue Jays play in Toronto and Minneapolis. Coffee and chocolate in bed were a morning ritual, while Barry perused the newspaper and completed the puzzles. They spent many hours together playing crib and scrabble, but truly enjoyed the very spirited and fun family crib nights.
Barry will be dearly missed and all the beautiful memories of him will live in our hearts forever.
A special thanks to Dr. Pitz and the staff at Cancercare Manitoba, as well as the palliative care staff at the Riverview Health Centre.
At Barry's request, a celebration of his life will be held at a later date when larger groups are permitted to gather.
In lieu of flowers, please consider making a donation to a charity of your choice.