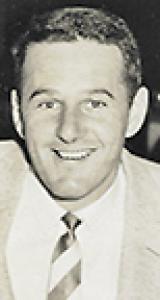 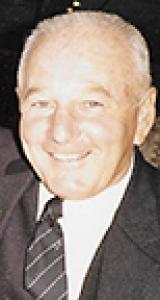 Charming, stubborn, independent and opinionated. On Monday, February 22, 2021, Ernie left this world in the same way he lived his life - on his own terms.
Ernie leaves to mourn his children and their families: daughter Patti, partner John Kiernan and his daughters, Laura and Julie; son Kevin, his wife Wendy and their children, Calvin, Sharla, Kira, Jerrad (his wife Judit and their son Arlo), and Brysen; and son Jeff, his wife Lynda and daughters, Samara, Molly (Alex) and Hannah; his sister Maureen Morison; sister-in-law Eveline Hebert; and many nieces and nephews.
He was predeceased by his wife of 52 years, Claudette (Hebert); his mother Dorothy (Watt), father Ernie, and brother-in-law Al Morison; Claudette's parents, Andrea (Valcourt) and Theobald Hebert; Claudette's sisters, Germaine (Gordon Schoenau), and Berthe (Eric Barker); and her brothers, Georges (Juliette), Claude, Charles (Ruth) and Roger (Marge).
Ernie grew up on Larsen Street in Elmwood. He loved sports and was a gifted athlete. Track and field, basketball, lacrosse, hockey, football (with the St. Vital Bulldogs), baseball - you name it - he played it. Hockey was his lifelong passion, and he played defence, often in three or four leagues at the same time well into his 60s. He also played senior baseball and enjoyed golf for many years (especially the semi-annual tournaments with the guys - the Grey Howl and the Fall Con), until injuries and arthritis made it impossible for him to continue.
He worked for 36 years at CN in the Depot on Main Street, retiring in 1988 as a Data Processing Supervisor. It was there that he met Claudette, who worked for CN as a comptometer operator. They were married on May 26, 1956, settled in Old St. Boniface and started a family. As the kids started school, they moved to Transcona.
Ernie took his responsibilities as a father seriously. His expectations were high and his rules were to be followed (earning him the nickname Sargent-Major). Although he left the organizing of activities for the kids to Claudette, he made sure that the resources needed to support participation in competitive swimming, drama, hockey, music lessons and so on were there. He was always proud of his children's accomplishments.
He loved to socialize and be out in the world. He and Claudette had a wide circle of friends, and his charm and sense of humour made him an entertaining and sought after guest. There were many parties, gatherings and backyard BBQs. In recent years, Ernie was greeted by name by staff and patrons (much like Norm from Cheers) at his regular haunts.
Ernie was not a man who embraced change. Home improvement projects usually happened without his knowledge or involvement when he was away on a golf weekend. Cell phones and bank cards were regarded with suspicion, and don't even think about proposing a new restaurant for Sunday breakfast!
He held strong opinions and was not afraid to share them. He was an avid consumer of the news, and his daily routine included reading the Free Press cover to cover, watching BBC News (Katty Kay was a favourite news host), and taking in the local evening news at 5:00 p.m. AND 6:00 p.m. Phone calls from family or friends were NOT appreciated between 4:00 p.m. and 7:00 p.m.
As his physical health forced him to slow down, Ernie still enjoyed being out in the yard in the summer, breakfasts out multiple times a week, a cold beer or a rye and seven with the guys, and watching his beloved Detroit Red Wings/ Dead Things.
Covid restrictions were very hard on Ernie, and he missed his regular outings and social circle. Many thanks to everyone at the Silver Spike and Aalto's Club Regent, for making his pre-Covid days interesting and engaging. And special thanks to his sister Maureen for the regular Thursday morning breakfasts and shopping days.
Ernie's expressed wish was to live independently in the family home as long as possible. In the end, he spent just four nights away from home before passing. As always, and as the song says, he did it his way.
He loved his family with his whole heart, and loved Claudette most of all. He missed her very much after she passed from Lupus in 2009, and although his children and grandchildren will miss his quick wit, love and support, we are comforted by knowing he and Mom are together again.
A memorial service will be held at a later date when we can gather safely again.
Donations in memory of Ernie may be made to the Lupus Society of Manitoba, 386 Broadway Avenue, Winnipeg, MB R3C 3R6 or at https://lupusmanitoba.com