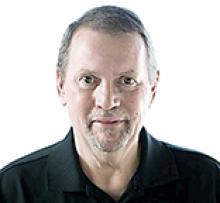 It is with great sadness that our family announces the peaceful passing of Ralph; husband, father, brother and grandfather, at the age of 73.
Ralph was predeceased by his wife Delores Gammelseter (nee Schellenberg), parents, Ralph and Ruth Gammelseter, sister Christine Schaak (nee Gammelseter) of Kamloops, BC, brother Jim Miller, and nephew Dana Schaak of Kamloops, BC.
Left to cherish his memory are his daughters, Meladee of Toronto, Allison (Ryan) and their children, Jayda and Jackson, along with Ralph's siblings, Ellen (Terry), Robert (Diane), Maureen (Albert), as well as many nieces, nephews, cousins and friends.
Ralph was born on June 16, 1947 in Winnipeg, MB. An avid music lover, Ralph taught himself how to play guitar at an early age and was in numerous bands as a teenager and throughout most of his life. He was an incredible guitar player but could also give anyone a run for their money on the harmonica. If you were ever looking for Ralph, you could find him in his living room, amp cranked, playing along with a Beatles or blues tune on one of his MANY guitars. You could say he had a bit of a collection.
Ralph was a bus driver for Winnipeg Transit for 27 years. He enjoyed his job because he was most definitely a people person. He always had a story to tell and an endless supply of jokes as anyone who had the privilege of knowing him will tell you.
Ralph enjoyed tinkering with and fixing cars and motorcycles of any kind but his passion was for classic cars. He loved attending a car rally each summer with Delores called "Back To The Fifties" in Minnesota as well as cruise night every Sunday where they would proudly show off their pink 1960 Cadillac Coupe De Ville.
The light of Ralph's life were his grandchildren. He was a devoted Grampa and spent most of his free time with his beloved Jayda and Jackson, and even got to travel to Disneyland with them which he said was an absolute highlight of his life. Both kids loved it when Grampa came for a sleepover, played music and sang with them, or took them for a ride in one of his "cool" cars. They have so many wonderful memories of their Grampa to cherish forever.
The family would like to thank the incredible staff at St. Boniface Hospital in the ICU on the 2nd floor. Thank-you for taking such exemplary care of Ralph and for the support and communication during such unprecedented times.
In lieu of flowers, donations can be made to the Heart & Stroke Foundation or a cancer charity of your choice.


"And when the night is cloudy there is still a light that shines on me, shine on 'til tomorrow, let it be".