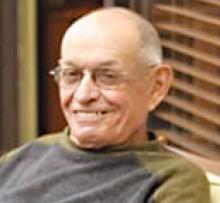 Ken was born and raised in Winnipeg, the son of Leslie and Edith Steiman. Although he moved to Vancouver in the '80s, Winnipeg was always home to him.
Until recent years, he made an annual trek to see friends and family. Ken is survived by his brother Bob (Dee); nieces, Michelle and Susan (Farhad) Shadan, many cousins and close friends. Ken never married or had children but was a great Godfather and helped raise Alexandra and Aaron Halprin.
Ken's working life started at the River Heights Community Centre in Winnipeg. It was his favourite job. He was also a Roast Master at Eaton's and cooked in the Canadian Armed Forces- stationed in Germany, a cook on the tugboats, going up the coast of British Columbia, and finally a custodian for the Delta School Board.
Ken loved to golf and was able to do so until a few years ago. He also enjoyed getting together with friends. Dim Sum was his favourite going out food. Ken was known for his desserts, his Tunnel of Peaches and Carrot Cakes were often requested at gatherings.
Ken was quiet, funny, and had a smile that lit up a room. He would do anything to help anyone in his circle that needed it.
Sadly, Ken spent the last few years in a care home. His health issues made it impossible to keep him safe at home. In the end, he died after a brief bout of Covid 19.
Ken will be missed by everyone who knew him and loved him.