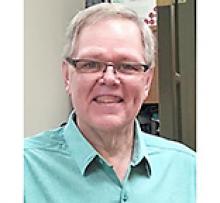 It is with great sadness that we announce the peaceful passing of Vernon Hugh Appleyard on Friday, February 26, 2021, at his home in Stonewall, Manitoba, with his wife Darlene by his side.
Vern leaves to mourn his wife Darlene, sons, Curtis and Tyler Jenkins (Maria), brothers, Wayne (Cyndi) and Larry (Lindy), and his brother Kevin's wife Ali. Also mourning his passing are his mother-in-law Shirley Bollman of Brandon, as well as sisters-in-law, Wendy Smith (Don), Lillian Bollman, and Beverley Kreller (Doug). Vern is survived by several aunts, cousins, nephews and nieces to whom he was close, and share in the family's grief.
Vern was the third born son of six boys of the late Donald and Patricia Appleyard (McFee). He was predeceased by his parents, his infant brother Keith, and adult younger brothers, Lyn and Kevin.
Vern was born May 26, 1960 in Stonewall, Manitoba and resided there his entire life. He attended Stonewall Collegiate, graduating in 1978. At an early age Vernon took a special interest in the family pharmacy and as a teenager spent many hours working at the business. Vern attended the University of Manitoba Faculty of Pharmacy, graduating in 1983. Vern was the Faculty Senior Stick in his final year of Pharmacy.
Upon graduation Vern joined his father in the pharmacy in Stonewall. After his dad's retirement Vern was very proud to carry on the Stonewall Pharmacy legacy in the community business which his father had started in 1950. For several years Vernon was a director of Procurity Pharmaceutical Inc., a major wholesale distributor of prescription drugs across Canada. He was one of the founding members of the Manitoba Liquor Vendors Association. Following his retail instincts, Vern expanded his business ventures into several other areas including "Buck or Two" franchises, a Christmas Store at The Forks, and, in partnership with his wife Darlene, several Hallmark stores stretching from Dryden to Regina. The dedication and efforts of his wife Darlene and many staff members allowed him to pursue these many opportunities.
Vern was well known for his easy demeanour and was blessed with many close friendships both personally and in business. He had a kind heart and was known by many within the Stonewall community and beyond. His list of close friends is many and too long to list. He was a generous business person who ran his enterprises with compassion for his customers and staff. Vern was a man of his word who will leave a lasting void with many people.
Over the years Vernon became involved in several community activities and charities including the Stonewall Curling Club and South West District Palliative Care.
He was a staunch supporter of the Terry Fox Run and was given special recognition for his and his staff's fundraising efforts reaching several hundred thousand dollars in the fight against cancer.
Vernon met Darlene while she was managing one of his first Christmas Stores in Winnipeg. Out of their strong working relationship developed their love story and they were married on May 20, 2006. While leading active business lives they enjoyed travel when the opportunity presented itself. Trips to gift shows and pleasure travel together with friends were always a highlight.
Darlene and family would like to give special thanks to CancerCare doctors and staff and Doctor Graham in Stonewall. Thanks also to palliative care nurses who provided support to Darlene and Vern, allowing Vern to spend his final days at his home in Stonewall. Special thanks to the many friends and family who have called over the past several weeks, to his loyal and reliable staff, and to family and friends who have assisted in the operation of the business interests during these trying times.
As a result of Covid restrictions the immediate family will be having a private service with interment at the Stonewall Cemetery. A virtual funeral service will be held, Saturday, March 6, 2021 at 1:00 p.m. on Vern's obituary page at mackenziefh.com with Reverend James Bardsley officiating.
In lieu of flowers, should friends so desire, Vern would be honoured for any donations to be directed to CancerCare Manitoba, South West District Palliative Care, or a charity of one's choice.