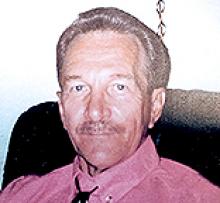 It is with great sadness we announce the peaceful passing of Herbert (Herb) Fey on Wednesday, March 3, 2021, at the age 81.
Herb is survived by his wife Dawn, of 59 years; daughter Kelly (Roger); son Keith (Debbie); his beloved grandchildren, Justin, Jennissa, Alysia, Brody, Mackenzie; and great-grandchild Ethan.
Herb was born and grew up on the family homestead in Grand Marais before moving to Winnipeg at the age of 16. He later moved to Saskatchewan for work before returning to Winnipeg where he met his wife Dawn and they married in 1961. He entered a career in appliance repair and proudly started and ran Fey Appliance Service from 1964 to 2010.
His connection with Grand Marais continued with numerous family members in the area and having the family cottage there until 1998. At the cottage Herb enjoying time with family and friends, horseshoe tournaments and weekends when the grandchildren came to visit.
As per his wishes, Herb will be cremated and a small family service will be planned.

AS LONG AS
The sun shines, we will feel your touch.
The wind blows, we will hear your voice.
The rain falls, we will see your face.
You will live in our hearts forever,
as that is all our hearts know.