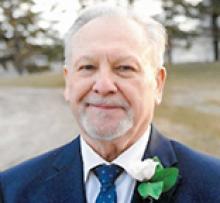 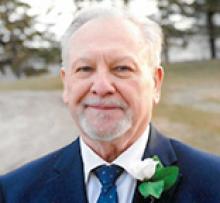 It is with great sense of loss, we note that someone greatly loved has left us to claim Heaven as his destination. Frank Gramiak Aged 75 years, on March 4, 2021.
Left to mourn his passing is his loving wife Edith (Broesky) Gramiak, her children, grandchildren and great-grandchildren.


It is with great sense of loss we note that someone greatly loved has left us to claim Heaven as his destination. Frank Gramiak, aged 75 years, on March 4, 2021.
He was predeceased by his parents, John and Frances Gramiak, his brother John Jr. and sister Bernice Wereschuk. Also predeceasing him was his first wife Mary, whom he was happily married to for 45 years.
He is survived by his loving wife Edith and her family; brothers, Mike (Annette) and Ed (Diane), numerous nieces, nephews, cousins, loving relatives and friends.
Frank grew up on a farm at Argyle, MB, learning from a young age all about work - as far as operating a tractor at the tender age of seven years old. In the fall of 1963, his first job was operating a jack hammer at a water, sewer projector. This led him to operating a motor scraper on the Red River Floodway in 1964, advancing to operating a crane in 1966.
Frank joined the Operators union in 1964 while working at the Red River Floodway, remaining an active member until his departure.
One thing Frank was well known for was his kindness in his willingness to help anyone, anytime, anywhere, with any job that needed his know how.
He loved any challenge and truly was a "Frank" of all trades being "Frank" with everyone as he would like to say along with his witty sense of humour.
He worked with Litz Crane Rentals for 33 years, of which 28 and a half were spent in management; retiring at the end of 2005.
In 2006 he was asked to be the instructor for the Operating Engineers Training Institute at Red River College. He found, to his surprise and amazement, he thoroughly enjoyed teaching and training crane operators. This job resulted in him being nominated as Instructor of The Year. He could often be heard telling his students that if any of them failed he would feel it would reflect on him, that he had let them down. His reasoning was that he was all about success for them and not failure. This just went to show Frank's attitude was all about others and not himself. Along with all this, he would add he didn't know everything but, together with his students, they would learn it together. He was still active from time to time operating cranes.
Frank found himself alone when Mary passed in 2016. Mary and Frank had enjoyed their life with travel, hosting friends with their passion for cooking and dancing, but now he was very lonely.
Frank found another chance at love and companionship when he married again in April 2019. As his wife, I would say this: I couldn't have been more grateful to God and Frank to also have a second chance at love, along with my children to have had the privilege and wonderful experience of life we encountered and the joy of having this prince of a man as my soulmate and best friend, who loved me unconditionally, sacrificing all for the happiness of all who knew him, not expecting thanks or a pat on the back.
It could be said of Frank - he found it more blessed to give than to receive. There would not be enough room to convey how people were drawn to Frank everywhere we went. He was loved by many and will be missed by all. He loved dancing and participating in sports and not just watching.
Frank found contentment in knowing his final destination would be heaven and there his new life would only begin, more teaching, dancing and experiencing peace as he always wanted and I'm sure they called him Mr. Fix it and Mr. Build it.
We will miss the mischievous twinkle in his eye, his humour, the right saying for any occasion, compassion, love and gentle spirit. He rather enjoyed the calls asking if he had a tool or the know how someone else didn't have so he could rise to the challenge. He never worked grudgingly, but happily. His favourite saying was "we'll figure it out!"
To all his families and friends Frank would say he leaves behind his hugs and love to each and every one. He appreciated all the calls and support he got from people in his life - too numerous to mention but never were any of you overlooked or forgotten.

May We Meet Again!