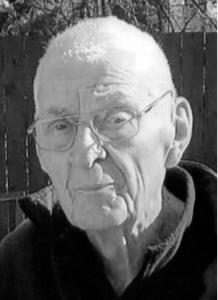 CABLE: Mel Cable, resident of Victoria Landing, passed away peacefully on Friday, March 5, 2021 at the Brandon Regional Health Centre. Mel was born on April 27, 1931 in Brandon, where he lived his entire life. Mel was predeceased by his beloved wife and best friend of 64 years, Betty Cable, in January 2015. Mel is survived by his daughters Donna (Earl) Mcnutt and Linda (Doug) Wilson; six dearly loved grandchildren Chris MacDearmid, Sara and Laura Mcnutt and Matthew, Emma and Abby Wilson; brothers Gordon (Trudy) Cable and Donald (Linda) Cable; and nieces and nephews. Mel was employed with Manitoba Hydro for 37 years. His early years were spent at the Brandon Generating Station as a Construction Storekeeper, Plant Operator and Instrument Tech. In 1972, after regionalization, Mel moved to the 10th Street office and became the Administrative Officer in the Western Region. Mel was a member of the Wheat City Lodge of the Grand Lodge of Manitoba Masons and the Scottish Rite of Free Masonry, a past member of the Khartum Shriners Car Patrol, and was involved with the Hydro X. Mel loved spending time outdoors; camping, hunting, hiking and cross-country skiing; and traveling. Mel's greatest pleasure was spending time with his family, especially his grandchildren. He was their biggest supporter and Papa was always there to cheer them on no matter what activity they were involved in. The family would like to extend a special thank you to the staff of Victoria Landing, as well as the Brandon Regional Health Centre Emergency Department and Palliative Care Unit for their kind and compassionate care. A private graveside service will be held at a later date. Donations in memory of Mel may be made to the Brandon Humane Society, 2200 – 17th Street East, Brandon, MB R7A 7M6; this would reflect his great love of all living creatures, especially dogs.