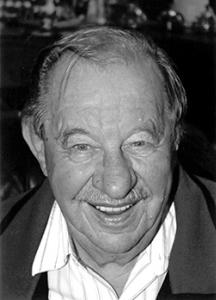 THOMPSON: It is with profound sadness that we announce the passing of Leonard Walter Thompson of Brandon, Manitoba. Len fought a long and courageous battle with cancer. He left in peace and with love on March 6, 2021 in the Palliative Care Unit at the Brandon Regional Hospital. Len was predeceased by his parents, John and Katherine Thompson; brothers, Paul John, David and Donnie; brother-in-law, Leonard Kopytko; and his first wife, Marjorie Thompson. Len is survived by his loving wife, Phyllis Turner, children and grandchildren; Chontaille (Tyson), Bethany and Avery; Tiffanee, Cody and Nicholas; Troy (Heather), Morgan and Mason; Jennifer, Simone, Reighlynn, Tye, Kelly, Kristy, and three great grandchildren. Len is also survived by his sister, Eleanor Kopytko; sister-in-law, Linda Thompson; brother, Mark (Cathy) Thompson and many nieces and nephews. Len was born on his grandparent's farm in Alonsa, Manitoba, and was raised in Amaranth. He attended school in Amaranth where he played football, hockey and curling; sports which he continued to enjoy watching throughout his life. After high school, Len went on to complete his electrical license and opened a small electrical business in Amaranth for a brief period. For many years, Len worked as an electrician for various industrial electrical contractors in Minnesota, Alberta, Manitoba and the Yukon. However, Len loved the thrill of entrepreneurship and owned a variety of businesses throughout his life, such as a grocery store, hardware store, flower shop, furniture store and a financial services business. Len was generous with his time and volunteered as a community fire fighter in Amaranth, and he was an active Knight of Columbus for the Roman Catholic churches in Airdrie, Alberta and Dauphin, Manitoba. While living in Airdrie, Len liked drives to the mountains, curling and attending the Calgary Stampede. When the family moved to Dauphin, Len made close friends that he remained in contact with over the years. Len eventually moved to Brandon to open up new businesses and start a new life. Len enjoyed hunting, fishing and camping with family and his good friends. His best buddy was his grandson, Cody —who shared a special bond with his Gigi. Len travelled all over Canada, the United States and Mexico, however, his favorite place was his vacation home that he and Phyllis shared in Arizona. Len and Phyllis spent many years in Arizona and loved hosting family and friends while there. Len enjoyed Christmas as much as his grandkids and was just as excited to open presents. He was very proud of his Ukrainian heritage and all of the food and drink that goes with it. Len was warm and friendly and made friends easily, especially with those at his coffee club at A&W. Our family will miss his big hugs, strong handshakes, goofy jokes and optimism on life. There was no road too big to travel down and no obstacle that stood in his way. Len was scrappy until the end. We would like to thank the doctors, nurses and all of the staff in the Palliative Unit for their amazing care, attention and compassion. We are so very grateful to all of you. A service to celebrate Len's life will be held later in the spring.