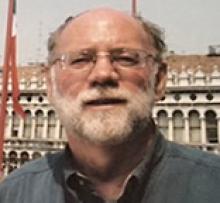 Alan Mitchell Clayton, Professor Emeritus of the Faculty of Engineering, University of Manitoba, passed away Monday, March 1, 2021, from complications of a recent hip fracture.
Alan was born on July 23, 1944 in Saskatoon, Saskatchewan, the eldest son of Nellie and Jack Clayton. Raised on Temperance Street in Saskatoon, Alan grew up spending time at the family cottage at Pike Lake. The connections and lifelong friends he developed early in life led him to one day build his own family cottage at West Hawk Lake, continuing the tradition of family and friends gathering together. Alan spent many happy years at West Hawk, leaving a wealth of memories shared by so many people.
Alan loved music. He spent many years singing with the Caledonian Singers and other choirs and would be part of the show at the Scottish Pavilion at Folklorama each summer. He had a marvellous singing voice, like both his parents, and music was a source of true joy for him.
A civil engineer by profession, Alan joined the Faculty of Engineering at the University of Manitoba (U of M) in 1980 before retiring in 2010. He was appointed Professor Emeritus in 2011, an honour of which he was very proud. He specialized in Transportation Engineering, focusing on freight transport, traffic engineering, transport planning and road safety. His work, and that of his students, established the U of M as a national and international leader in Transportation Engineering research and training.
Alan was predeceased by his parents, and by the mother of his children, Cecile Clayton-Gouthro. Alan is survived by his children, his daughter Joanne and his son Ian. Also left to mourn his passing is his sister Enid, his brother Laurie, his best friend Peggy and all of their families.
The Hutcheon family, formerly of Saskatoon and John Bell and his family from West Hawk Lake also held a special place with Alan.
He will be missed.
The family would like to thank the staff at Concordia Hospital for their care of Alan during his last days, as well as the staff of Portsmouth House where he was a resident.
In lieu of flowers, the family respectfully suggests that a donation be made in Alan's memory to Parkinson Canada, 7-414 Westmount Drive, Winnipeg, MB R2J 1P2.
In keeping with Alan's wishes, cremation has taken place and no formal service will be held.