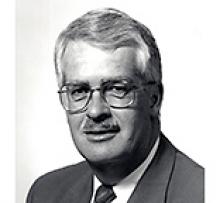 Leslie Theodore Anderson, 73, of Glenboro, Manitoba passed away at the Glenboro Health Centre after a year-long battle with esophageal cancer on Sunday, March 7, 2021.
Les leaves behind his wife Marina (nee Gorbacheva, originally from Petrozavodsk, Russia) who he met in Winnipeg in 2000 and married in 2005, and who has been tireless in her love and support throughout this past year. He is also survived by his sons, Christopher and wife Sue of Halifax, NS; Andrew and wife Khara of Whiterock, BC; stepdaughter Anna Nikolaeva and husband Jamie Olson of Olympia, WA; seven grandchildren, Ryan, Dylan, Kai, Damian, Graydon, Kaitlyn, and Masha; a great-grandson Jack; and many loving cousins and relatives.
Les is preceded in death by his parents, Fred and Rowena Anderson; and older brother Claire.
There will be no service at this time and plans are being made for a small gathering in the near future.
The family kindly asks that any memorial donations be made to the Canadian Cancer Society, 415-1st St., Brandon, MB R7A 2W8, in Les' memory.

Online condolences can be sent to Les' family
by visiting www.willmorchapel.com.

Jamieson's Funeral Services
of Glenboro in care of arrangements.