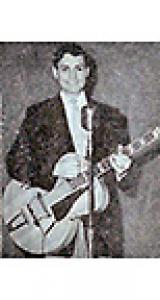 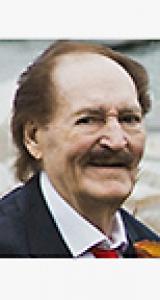 With broken hearts we announce the peaceful passing of William Bruce Dunlop on March 6, 2021 at Beausejour Hospital. Known as Bill, Billy, Dad, and Papa to his family and friends.
He was born and raised in Moosejaw, Saskatchewan as the second youngest of 10 children. Father James Dunlop born in Scotland and mother Minnie (nee Grant) born in Fergus Falls, Minnesota.
Bill leaves behind his wife Ann (nee Annuik), son James and daughter Darlene (Guy) Bailey; grandchildren, Candice (Jamie) Rodgers and Chantel Dunlop; great-granddaughters, Taylor and Hayden Rodgers; and brother Grant, along with sisters-in-law, brothers-in-law, nieces and nephews.
Bill's love for music was strong throughout his 91 years of life. He learned to play guitar young and it would become his life's passion. Bill was a member of the CKY Playboys. They had a regular spot on the radio and at Rainbow Dance Gardens. He would meet his wife Ann while playing at Patterson's Ranch House, they married in 1952. In 1977 they owned the Tourist Hotel in Seven Sisters Falls, MB. He would live, work and entertain there for the next 43 years. Bill loved vacationing in Hawaii. He was the one to say grace for family dinners, bet against any Winnipeg sports team no matter the opponent and believed in good luck charms. He was forever a dreamer who believed anything was possible. The moon and stars inspired him, his wife adored him, his family brought him joy and his angels gave him peace. He remained at home until just days before his passing.


And now the end is here. And so I face that
final curtain. My friend I'll make it clear.
I'll state my case, of which I'm certain.
I've lived a life that's full. I travelled each
and every highway. And more, much more.
I did it, I did it my way.

Forever in our hearts, until we meet again.

An informal Celebration of Life will take place with just a few family and friends at a later time.