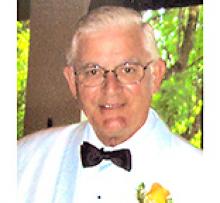 Ed passed away peacefully on March 7, 2021.
He was predeceased by his parents, Edward and Olga Anhalt, his brother and sister-in-law, Arthur and Alice Anhalt, his nephew Bruce Anhalt, and by his wife, Donna Anhalt.
In his early years he was a gifted organist at McDermot Avenue Baptist Church where he first met and fell in love with his wife of 66 years, herself a vocalist and Soprano soloist. Ed graduated from medical school at the University of Manitoba, and then he went to the New York Eye and Ear Infirmary at Mt. Sinai for a residency in ophthalmology. There he and Donna had some of their most exciting young years together living in Queens, New York City. Following his training, he moved back to Canada with a short stay in New Westminster, BC before accepting a partnership at the Winnipeg Clinic where he enjoyed his practice as a retina specialist for more than 40 years. Dr. Anhalt also enjoyed many decades of teaching at the University of Manitoba Medical College. Ed's career brought him and Donna many years of travel to conferences around the world, which they often shared with close colleagues and friends.
Ed's love of music continued throughout his life and he and Donna enjoyed the concerts of the Winnipeg Symphony Orchestra and the Manitoba Opera. Over the years Ed enjoyed great fishing trips up north and active years in the Left-Right Men's Golf Group at St. Charles Country Club. Ed most loved spending time with his family at the cottage. First at Lakeshore Heights on Lake Winnipeg where he and his brother bought cottages next to each other and where their young families grew up together. Later years were spent at their new family cottage at Lake of the Woods.
He is survived by his son Edward (Tracey Harwood) of Calgary, his daughter Cynthia Hicks (Geoff Hicks), of Winnipeg and his nephews, Grant, Craig (Kathy Maycher) and Arthur (Mary).
The family would like to acknowledge with gratitude the support of staff at the Health Sciences Centre.
A private Celebration of Life will take place later with his family.