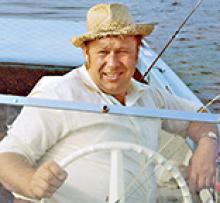 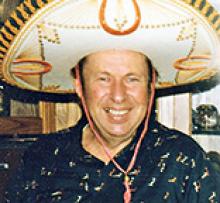 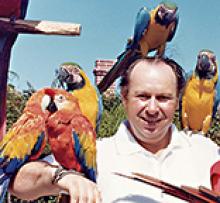 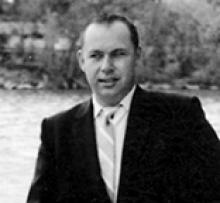 It is with great sadness I lost my husband March 3.
He leaves to mourn his wife Ingrid and stepson Peter who both helped him in his waning years. He also leaves to mourn his sister Edith (Vigil) and their daughter Heidi Kuppelwieser in Colorado, and two cousins, Gerhard and Walter Hammerling of Winnipeg.
Everyone knew him as Siggi. He was born in Old Rokin, Wolhynien (now Rokyni, Ukraine), and later moved to the Warthegau (now Poland) before the start of the war. Towards the end of 1944, Siggi and his family fled their home but they were captured by the Russians. His father was sent to a labour camp in Russia and Siggi, just 14, was sent to Poland as slave labour (war reparations). His mother and sister (seven) were also sent for slave labour to a farm. Siggi was first sent to a farm where he was mistreated and starved but later was sent to a butcher who treated him well and taught him. He was even able to occasionally travel and bring food to his mother and sister on the farm.
Over four years later, Siggi, his mother and his sister were released, travelling to East Germany. They escaped by night into West Germany where they found his father. When Siggi was 19, he started night school while working the days carrying and delivering dry goods. In Hanover, the family lived in a garden shed because most housing was still bombed-out. Siggi's schooling paid off and he became a bookkeeper.
In 1953, the family immigrated to Canada, sponsored by relatives. Siggi worked in construction, starting with a sledgehammer and eventually working his way up to laying tile, which later led to his own business. Siggi later enjoyed working for Pioneer Electric building transformers but was laid off. Work was difficult to find at the time, so he and some friends drove to BC to find work. After three months of fruitless searching they decided to return to Manitoba. They crawled home with engine troubles and Siggi even had to leave his watch for gas money. Siggi eventually became a flooring contractor, founding Lux Flooring, which he did for many decades.
His dream was to fly, so he learned and obtained his pilot's license. Siggi bought his first Cessna and founded Pace Aviation. That first Cessna gave him great pleasure using it to fly to many places including the Bahamas.
Siggi loved the outdoors, hunting and fishing. One day he came across a parcel of land with an old homestead on Bird River. He, along with two hunting buddies, Hugo and Nathan, purchased the land. They each built a cabin and founded a trailer camp on another portion of the land, Pioneer Beach, which they ran for many decades.
Siggi was 41 when he met Ingrid. Siggi started buying old houses, either renting them out or tearing them down to build new houses. Together with Ingrid's real estate license, they made quite a team. Siggi was 57 when the two married.
In later years, with his sister living in the USA, Siggi was the only caregiver to his ailing parents. When his diabetic mother had to live in hospital for over one year, waiting for a nursing home, he tore down Ingrid's old house and built the home in which he would eventually die.
A heart attack at 65 slowed him down but his love for travelling didn't wane. He travelled Canada, USA, Fiji, Australia and New Zealand, Hawaii, all of the Caribbean, South America, and all of Europe, many of which were multiple trips, especially Mexico.
At 70, Siggi suffered a cardiac arrest. Ingrid, in bed next to him, noticed his breathing had stopped and elbowed him to check on him. There was no response. Paramedics arrived in minutes and shocked him back to life. Those paramedics and the care of Dr. Hugh Smith allowed him to survive this experience with only some small memory loss and rehabilitation. This event made it time to wind up some of his enterprises, ending Lux Flooring and closing the trailer camp. Next up was subdividing Pioneer Beach into lots for sale and putting in streets. It saddened Siggi greatly to have to sell the cabin he built and enjoyed every weekend.
Siggi started attending the Wellness Centre where he met his good friend Ken Wiens. In later years, Siggi valued their regular phone calls when Siggi became a shut-in. Siggi had tried many remedies to ease the pain in his hips and knees, from laser to injection treatments.
Special thanks to Dr. Wach for taking over Siggi's care in the last years including providing home visits when he became a shut-in for the last year of his life.
Burial has already taken place. There will not be a service.
In lieu of flowers, donations to Siggi's memory may be made to the Heart & Stroke Foundation.