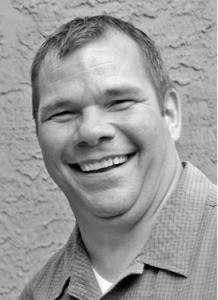 BRENTON: William "Bill" John. It is with great sadness that we announce the sudden passing of our beloved son, brother and uncle Bill on Monday, March 15, 2021. Bill is survived by his parents Bob and Jay, brothers Chuck (Pauline) and Pat (Stephanie), and niece and nephews Garrett, Meaghan, Matthew and Lucas. Bill was born in Winnipeg on July 8, 1965. He graduated from Daniel McIntyre Collegiate Institute in 1984. He had a long career working for the Manitoba Government. His career started with driver testing with Manitoba Public Insurance, where he proceeded to rise through the ranks to a senior position. Bill was an avid amateur pilot and eventually left Manitoba Public Insurance to fly professionally. He found his true calling with Calm Air. He then returned to the government flying jets for Lifeflight, where he retired. Bill had many varied interests throughout his life, foremost of which was coaching hockey. He coached at a very high level and was very respected by all. Bill coached at the provincial and national levels and won many championships. He inspired countless players to be their best. Bill had a large circle of friends and was loved by all. He was always kind and genuine and loved helping others. Bill was devoted to his family and was the primary caregiver to his parents in their later years. He was a dedicated uncle and loyal brother. Bill's circle of friends extended to Maricopa, Arizona, his second home, where he loved spending as much time as he could. The family invites you to view the Celebration of Bill's Life remotely on Wednesday, March 31, 2021 at 2:00 p.m., a link will appear approximately 5 minutes prior to the service on Bill's memorial page at www.memorieschapel.com. Rev. Fr. Michael Tkachuk as celebrant, assisted by Cantor Stella Fedeniuk. Donations in memory of Bill may be made to the Heart and Stroke Foundation of Manitoba, 1379 Kenaston Blvd, Winnipeg, MB, R3P 2T5.