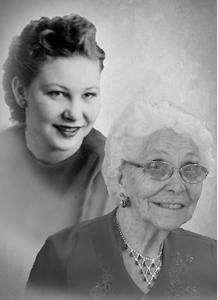 McCORMICK: Margaret Irene McCormick of Brandon, MB passed away at the Brandon Regional Health Centre on March 15, 2021 at the age of 90 years. Margaret was born May 31, 1930 at Moosomin, SK to William and Annie Spence of Fairlight, SK. She was the third of eight children, with two brothers and five sisters. Educated in Fairlight, she attained high marks, and played on the school baseball and basketball teams. She left home at an early age and was employed in a variety of jobs in Portage la Prairie, Broadview, Winnipeg, Elphinstone, and Elgin. She married John on June 21, 1951 and settled to the family farm west of Cardale, MB, raising two children. Margaret was a devoted community volunteer, cooking or working at the many local events. Margaret enjoyed curling, snowmobiling, bowling, horseshoes, dancing, traveling and hiking (especially in the mountains). She lovingly handmade gifts of knitting, crocheting, tatting, and oil painting. In 1992, John and Margaret semi-retired from farming, purchasing a home in Brandon, and spent winters in the sunny south. After John's passing, Lion's Manor became her new community and home until she relocated to Victoria Landing in 2019. Margaret was predeceased by her: husband Samuel John McCormick, Jr. on November 10, 1997; father William Spence and mother Annie Spence (Johnson); brothers Robert Joseph Spence and John Charles (Jock) Spence; sisters Mary Elizabeth Rice, Dorothy May Skulmoski, and Francis Eileen Schroeder; sister-in-law Ruth Moses; and great granddaughter Cecelia Little Lott. Her life will forever be cherished by her surviving two children: Len McCormick of Surrey, BC, Darlene (Larry) Henry of Brandon, MB; four grandchildren: Angela Lott of Lynden, WA, Vanessa McCormick of Port Coquitlam, BC, Kevin Henry of Waterloo, ON, and Ryan Henry of Airdrie, AB; and five great-grandchildren: (Sophie, Isabella, Samantha, Sparrow and Blake); sisters: Eva Campbell of Winnipeg, MB, Nancy Lucy of Surrey, BC; sister-in-law Greta Coger of Memphis, TN; a host of nieces and nephews across five provinces, and her friends at the Lions Manor and Victoria Landing. A private virtual memorial will be held with a family gathering planned in the future when Covid19 travel restrictions are lifted. In accordance with Margaret's wishes, cremation has taken place with interment at Marney Cemetery north of Cardale. In lieu of flowers, donations may be made in Margaret's memory to: Heart & Stroke Foundation, 1379 Kenaston Blvd., Winnipeg, MB, R3P 2T5; to St. Andrew's Presbyterian Church 361 Russell St., Brandon, MB, R7A 5H6; or to charity of choice.

To view a video tribute in memory of Margaret
and to leave a message of condolence please visit
www.brockiedonovan.com