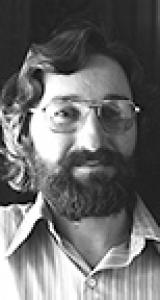 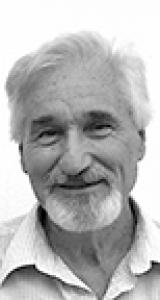 It is with great sadness that the family of Edward Morris Barker announce his passing on February 10, 2021 in Winnipeg, Manitoba at the age of 83 years.
Born in 1937, and raised in St. James, Winnipeg, Ed spent many happy summers with his family out at Grand Beach. Here he learned boat building from his father and a love for the natural world around him. As a young student, his ambition to become a Commercial Artist led him to complete vocational training as an animation apprentice and soon after, to complete a degree in Fine Arts from the University of Manitoba (1958 to 1962). Ed's background in the Arts brought him to the Manitoba Museum, where he began a 40 year career, starting as an artist with the Planetarium, and retiring as the Planetarium's Producer in 1997.
Ed shared his love of art, literature, writing, woodworking and the natural world with his children, family and the many people who passed through his life, inspiring and igniting their own sense of wonder and exploration. He delighted his children and grandchildren with the many beautiful things he made for them, from an exquisitely made dollhouse, boats and airplanes to wooden toys and play structures. He was known as the family story teller, writing and retelling countless stories both imagined and remembered. His gentle and kind nature connected with the child in everyone, always there to listen or offer up knowledge on one thing or another. One of Ed's highlights later in life was the chance to travel internationally on multiple occasions to visit extended family in England, the Netherlands and Tunisia. Here he had the chance to rediscover his English heritage and immerse himself in the cultures of his extended families.
We will forever find comfort in the memories of times spent with him. As Ed wrote himself:

"So, how do you wind up a
lifetime of memories?
How do you honour those that made all of these memories possible and are now gone?
You say - Thank You".

Thank you to our Father, Husband, Brother
and Uncle for being who he was, for forever
filling our lives with magic and wonder.

Ed was preceded in death by his father and mother, Edward Barker and Phyllis Mavis Barker (née Bayliss); as well as brothers, Bill and Terry. He will be lovingly remembered by his wife Lidi; children, Kari, Chris, Amy and Ted; his grandchildren, Maya and Noah, as well as many cousins, nieces, nephews, extended family and close family friends. Ed was loved by many and will be greatly missed.
A memorial service in celebration of Ed's life will be scheduled for a later date.
The family would like to give special thanks to the CancerCare Manitoba Palliative Care team for their expert support, advice and care.
If you wish, may we suggest a Memorial Gift donation be made in Ed's name to the CancerCare Manitoba Foundation.
Make a donation to