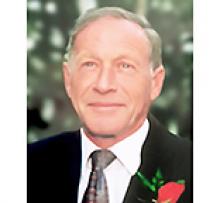 It is with peace we announce the passing of our father Douglas Ernest Render on Friday, March 12, 2021 due to complications related to COVID-19. Born on August 10, 1942 in Russell, Manitoba, Doug spent his childhood in Winnipeg where he attended Gordon Bell High School. He graduated from the University of Manitoba with a degree in Mechanical Engineering. While at university, he made lifelong friends and met his future wife Shirley Hurst. They were married and shortly after graduation enjoyed an extended European vacation.
Doug began his Engineering career at IBM and moved onto Grinnell Engineering and Comstock. Doug with the help of his family built their home on Victoria Crescent and their cottage on Lake of the Woods, still enjoyed by generations today. His adventurous spirit and fierce determination inspired him to start his own successful engineering and construction firm, allowing him to retire in his early 50s.
Doug was drawn to all things 'mechanical' particularly cars and airplanes. In 1976, Doug purchased a Luscombe, a small 'taildragger' airplane, and discovered his passion for aviation. The Luscombe introduced him to the Springfield Flying Club located at Lyncrest Airport. Lyncrest became a central feature of his friendships and community. Doug spent countless hours volunteering and solving 'world issues' with the gang at the airfield.
True to his inquisitive nature, Doug enjoyed travel and exploration. Together with his family they discovered many warm destinations, and with friends, more unusual locales such as trekking Micronesia for a month. He also travelled to New Zealand and later in life discovered downhill skiing and the travel associated with it.
Doug's passions live on today in his children and grandchildren - love of the lake, aviation and travel.
Doug was predeceased by his parents, Beth and Ernie Render, and last year by the unexpected death of his brother Don Render and sister-in-law Nancy. Doug leaves behind his children: Kelly (Darryl) Lazarenko, Will and Nate; his son Matthew (Andrea) Render, Olivia, Ben, and Chloe; as well as his sister Marnie (Garth) King.
Our family would like to thank all the compassionate and generous caregivers at Southeast Personal Care Home; your work is that of heroes. Cremation has taken place and as per Doug's wishes, there will not be a formal service.
In lieu of flowers, donations can be made to the EAA Young Eagles Program - eaachapter63treasurer@gmail.com. Young Eagles is an association for young people learning to fly, and the volunteers who mentor them.