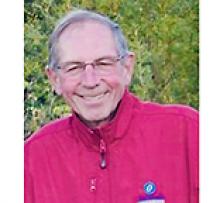 On March 3, 2021, Heaven gained the most beautiful soul. On this day Robert made his final journey to be united with God.
Affectionately known to many friends and family as Bob and to his grandchildren as Bobbi or Grandpa, and many nephews and nieces in Winnipeg and Toronto.
Bob is survived by his wife, Elizabeth, of nearly 60 years, daughters, Colleen (Paul), Jonah (Skyler) and Hannah-Grace of Oakbank; Kathleen (David) and Christian of Velencia, California. Bob was predeceased by his only son Robert Jr. in 2017.
Bob grew up in Fort Rouge with his two brothers, Ron and George, mother Gracie and father George. His father passed away when Bob was only 6 years old, leaving his mother to raise three young boys. As a young man, Bob would travel to northern BC to find work at a logging camp, but would return to Winnipeg a few years later. Upon his return he would meet his future wife Elizabeth, and they would marry in 1961. During this time Bob would become keenly interested in Denturism and this would manifest into a lifelong passion for his profession. He would become one of the founding members of the Denturist Association of Manitoba and the first ever president. Bob opened his first clinic in the Somerset building, then moved to the Paris building on Portage Avenue. Many years later, the clinic would be relocated to Henderson Highway with his son-in-law Paul Hrynchuk. Bob was dedicated to his profession until he retired in 2004.
Bob was a successful businessman with a work ethic like no other. He was a compassionate, humble and kind man, lover of nature and all creatures big and small. He loved his polo ponies, Senator and Nyla, and a long list of dogs and cats that were either rescues or drop offs. Beyond his love of animals and work, he had an immense love for his family and he worked extraordinarily hard to give them a comfortable life. His generosity was evident in his giving nature to others, especially those less fortunate. Never one to accept gifts, he would much rather give than receive.
Bob's most cherished and fond memories were made during his 40 years on beautiful properties near Birds Hill Park. There he would crave the simple, joyful things in life like watching sunsets and sunrises, listening to music, and dancing in the kitchen with Liz with Ian Tyson music in the background. Horses and the sport of polo became his life, trail riding for miles in the park and walking his pup "Buddy". Bob and Liz spent countless hours in this beautiful park and on their peaceful retreat. Besides horses, Bob enjoyed watching his favourite team, the Toronto Blue Jays, and intently watching his grandson play hockey; he was his number one fan without a doubt.
Our family will forever cherish many wonderful memories made on vacations to Hawaii, ski trips, road trips, polo trips, parties, BBQ's and Sunday family dinners. Dad always said "Live Life to the Fullest" and that he did without a doubt. He worked hard and played hard. His bright smile said it all! He lived a truly great life.

Dad, you will be missed by all and
never forgotten. Until we meet again,
love your family forever and always.

In lieu of flowers, donations can be made to the Parkinson Society, Alzheimer Society of Manitoba, or a pet rescue of your choice.
Cremation has taken place and a celebration of Bob's life will be announced this summer.
Family and friends are invited to share memories by visiting Bob's memorial page at seasonsfunerals.ca