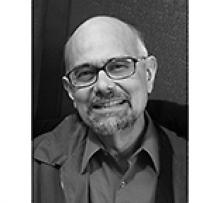 David Joseph Rempel Smucker passed away peacefully on March 12, 2021, at the age of 71, following a long and courageous struggle with kidney disease.
David was born April 9, 1949, in Bluffton Ohio, the youngest child of Carl F. and Irene M. (Yoder) Smucker. He and his family belonged to First Mennonite Church in Bluffton, where he was baptized as a youth.
David attended Bluffton College and Oberlin (Ohio) College, graduating from Oberlin in 1971. He earned a Masters of Arts and Religious Studies from Hartford Seminary in Connecticut in 1973. Following several years of graduate studies and work in a small shop building handcrafted decorative mirrors, he received a Ph.D. in 1981 from Boston University in Christian church history and American religion, with a focus on the sources of gospel music in the United States.
From 1981 to 2003, David worked at the Lancaster (Pennsylvania) Mennonite Historical Society as researcher and editor of Pennsylvania Mennonite Heritage. He planned tours, lectures, and conferences on topics of Mennonite and Amish history, local history, church history, and genealogy.
On April 1, 1984, he married Judith Rempel, originally of rural Manitoba, who was serving with Mennonite Central Committee in nearby Akron. In 1985-86, he and Judith lived in Basel, Switzerland, where she attended graphic design school and he pursued historical and genealogical research in Switzerland, France, and Germany. They returned to Akron, where they would settle and raise their family.
Mennonite history, music and hymnology continued to be David's loves, as a freelance researcher in the early 2000s, and after he and Judith moved to Winnipeg, Manitoba, in 2012. He was also an avid piano and banjo player, birdwatcher and environmental advocate. In 2017, David became a dual US/Canadian citizen.
David's personal journey led him to embrace the Christian faith in an Anabaptist expression, with an ecumenical perspective. He applied his faith practically, spiritually and intellectually, inspiring many along the way. During his Pennsylvania years, he was an active member at Bethel Mennonite and later at East Chestnut St. Mennonite Church in Lancaster. In Winnipeg, he belonged to Home Street Mennonite Church.
David is survived by Judith Rempel Smucker, his wife of 37 years; his sister Mary (Ron) Conrad; his two children, Annali Smucker-Bryan (Zacary); and Levi Yoder Smucker (Rebecca); and two grandchildren, Ada and Leona. He was predeceased by his parents and his brother Larry Smucker (Fauzia Rashid).
A simple virtual memorial service and time of storytelling will take place Tuesday, March 23 at 6 p.m. CDT. Please contact Home Street Mennonite Church (204-783-1721) to receive the link. An additional musical celebration of David's life will take place at a later date.
Donations in David's memory may be made to The Hymn Society in the United States and Canada at https://thehymnsociety.org.
Friends and relatives are encouraged to share in a photo-tribute, stories, and condolences for the family by visiting David's memorial page at
IntegrityFuneralPlanning.com