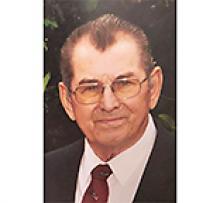 Peacefully in his sleep, Joseph (Joe) Mitosinka left this earth to join his son, Michael, and meet his heavenly Father.
Joe was born in Pobedim, Czechoslovakia on December 6, 1934. His family immigrated to Canada in 1937 and settled in Dufresne, Manitoba where his love of farming was cultivated. At 16, Joe left his family farm to begin his career in construction with Major Sewer and Water. From there, he worked with Simkin Construction until he moved to BACM/BA Construction, where he worked as a superintendent for 35 years.
In 1962, on his construction site in front of her home on St. Michael's Road in St. Vital, Joe met the love of his life, Joan (nee Tytgat). They married in 1963 and Michael was born a year later. As a young family, they moved to Brandon, returning to St. Vital in 1965. Joe's passion for farming and country living called him to Lorette in 1967, two months before his daughter Suzanne was born. He settled on 134 acres where he resided for the rest of his life. He convinced Joan it would be a small farm, close to the church and store, assuring her that there would be no animals, but soon there was a herd of cattle and a chicken coop. In 1970, his family was complete with the birth of Debra.
Through the years, as fields and gardens grew, so did his family. He welcomed son-in-law, Rick (Susie) in 2002 and later granddaughters, Paige and Faith. Mike's son, Marek joined the family in 2005. In 2008, he embraced son-in-law, Mitch (Deb), step-grandchildren, Shawn and Leah, and finally grandson Cole. Joe retired from farming in 2005 to spend time sharing his love of the land with his grandchildren. Joe cherished his grandchildren and spoiled them with treats and tractor rides. He enjoyed gardening, game shows and telling stories.
Joe was predeceased by his son Michael, parents Anton and Vincencina, brother Louis, sister Mary, and brothers-in-law, Alfred Webb and Frank Logan.
Joe was a hardworking and loving son, brother, husband, father, and grandfather. He was dedicated to his family, friends, and neighbours. He will be deeply missed.
A family service will be held next week.
In lieu of flowers, donations can be made to a charity of your choice.