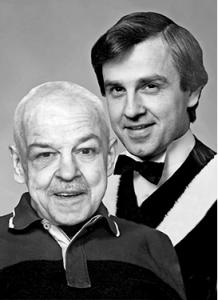 DILAY: Wilfred John, age 71 years, passed away on Tuesday, March 23, 2021 in Brandon. Wilf was born on June 30, 1949 in The Pas, Manitoba: the middle child of three boys and two loving parents. As a youngster, Wilf enjoyed the outdoors and liked to explore the nearby Canadian National Railway "shops", which was probably the start of his life-long interest in trains. Growing up in The Pas was a topic that Wilf loved to talk about. Simple things in life, like "playing catch" with his younger brother, and then later on with his son and daughter brought much enjoyment. A sharp intellect and curiosity about understanding the world around him aided his excellence in school and he earned degrees in Honours Chemistry and Pharmacy from the University of Manitoba. Always at the top of his class throughout his schooling and University, Wilf earned many awards and scholarships for his excellence in education, including the University of Manitoba Gold Medal in Pharmacy and the Manitoba Pharmaceutical Association Gold Medal in Pharmacy. He truly had a brilliant mind. Wilf loved his work on the Canadian National Railway in the summers while he was a university student and would often reflect on his enjoyment of this work throughout his life. Upon completion of university, Wilf worked at St. Boniface Hospital and Brandon General Hospital as a Pharmacist. Wilf was a very determined and strong-willed person who pursued things that mattered to him with unwavering effort. He had a subtle sense of humour, and the wink of his eye was a sure sign that he was just kidding you. Wilf had a wide variety of interests. An insatiable desire to learn continued into his later life adding to his desire to keep up on current events. Wilf was a very easy person to talk with and a good listener. He loved sports, especially hockey (Habs), football (Cowboys), baseball (Jays) and golf. Wilf loved his family and was a proud grandfather. He will be lovingly remembered by his three children: Lisa (Jason) Glutek, Leanne (Brent) Kyle, and Dustin Dilay, and their mother Maxine Dilay; four grandchildren: Matthew, Sofia, Luke and Ella; and two brothers: Don (Sue) Dilay and Gary Dilay. Wilf was predeceased by his parents John and Helen Dilay. A private Celebration of Wilf's Life was held April 1, 2021 and he was laid to rest at the Brandon Cemetery. Donations in memory of Wilf may be made to The War Amps of Canada, 1 Maybrook Drive, Scarborough, ON, M1V 5K9 or the University of Manitoba Bursary Fund, 200-137 Innovation Drive, Winnipeg, MB, R3T 6B6.

DILAY: Wilfred John, age 71 years, passed away on Tuesday, March 23, 2021 in Brandon. He will be lovingly remembered by his children Lisa Glutek, Leanne Kyle and Dustin Dilay. Funeral arrangements are pending. Complete obituary information to follow.