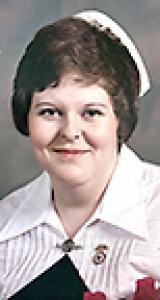 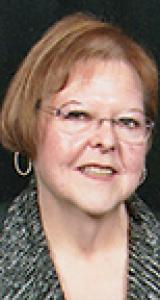 It is with heavy hearts that we announce the sudden passing of our dear sister, aunt, and friend, Dianne Ewaschuk. Dianne passed away at the Health Sciences Centre on Wednesday, March 17, 2021.
She was predeceased by her husband Paul Ewaschuk in 2016; her parents, Hans and Scotty Rasmussen; her siblings, Edwin, Gord, and Elaine; and two sisters-in-law, Lorraine Rasmussen and Nancy Faintuck. She is survived by her brother Ken (Joanne); sister-in-law Diana Rasmussen; and her much-loved nephews and their families - Myles (Crystal, Edwin, and Hayleigh), Mark (Sabrina, Seattle-Anne, and Cam), Justin (Renée), Jason (Leanne, Anika, and Liam), and Benett (Tara, Maëlle, and Kai); and her niece Kisha and her family. Her loss is also mourned by Debbie Johnson, a cousin who became her "adopted" daughter. Dianne will also be sadly missed by her precious Sheltland Sheepdogs - Willow, Bindi, Yoshie, and Ginger. They are now in the loving care of her dear friend Marilyn O'Donell - with whom Dianne shared her love of breeding Shelties. Dianne leaves behind many close friends and colleagues, but none closer than her best friend Sally Brosnyak who has been like a sister to Dianne for over 40 years.
Dianne was born in Winnipeg on November 17, 1954. She was raised in St. Vital. She graduated from St. Boniface Diocesan High School in 1972 and married Paul on September 30, 1978. After graduating from nursing school, Dianne pursued a 38 year career at Health Sciences Centre, first as Head Nurse of Cardiac Surgery and later as Manager of Patient Care, Adult Operating Room.
Dianne openly expressed her love for her family and the importance of traditions and bringing people together. She needed to know that everyone was okay. Dianne was always available to offer support, advice, and encouragement. She took much pride in hosting her grand Christmas dinners, which she has hosted for the last 27 years. It was a special celebration with food, songs, and games where everyone was included - she believed that no one should be alone on Christmas Day.
Dianne's favourite outings were the WSO performances, the Fort Whyte Centre Goose Flights dinners, and going out for brunch with close friends and family. She was a strong supporter of local organizations, shops, and restaurants. Over the years, Dianne was faced with numerous health issues, which she overcame, one by one, with a resilience that was inspiring to all who knew her.
We would like to express our sincere and heartfelt thanks to Dr. Kaufmann, Dr. Ziesmann, and the staff of the Health Sciences Centre OR and SICU for their kindness and compassion.
In lieu of flowers, should anyone so choose, donations can be sent to Fort Whyte Centre, CancerCare Manitoba, or the Manitoba Chapter of the Canadian Diabetes Association. Due to Covid-19 restrictions, a funeral will be held at a later date.

"The song has ended but the melody
will live in our hearts forever."