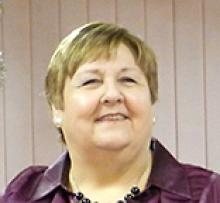 It is with great sadness that the family must announce the passing of Louise Kuffner, after a multi-year battle with cancer, on March 22, 2021, at the age of 72.
Louise was born on August 23, 1948, in Gimli, Manitoba, and was raised on the homestead in Fraserwood until the family sold the farm and moved to Winnipeg.
She was predeceased by her parents, Walter and Jean Yablonski; sister Carol, and daughter Debbie. She is survived by her husband Phil, daughter Cindy Morrison (Brent), her grandchildren, Sean and Nicole Morrison, who in her opinion are "THE BEST IN THE WORLD"; as well as her favourite uncle Andy; and brother Len (Alex).
Louise will be greatly missed.
As per her wishes she will be cremated and there will be no service.

"Verily we belong to God, and
verily to Him do we return."