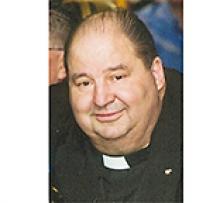 Rev. Maurice Marion passed away at the age of 72 on March 19, 2021.
He was predeceased by his parents, Thérèse and Gerard Marion; and his wife Barbara Honeyman. He is survived by his children, Julie Phippard (Chris) and Gerald (Dana), and his six grandchildren. He is also survived by his siblings, Rhéal (Éliette), Gisèle Barnabe (Norbert), Mariette (Léo) and Denis (Jennifer).
He grew up in Dufrost, Manitoba and eventually settled in Winnipeg, with his wife, Barb whom he had two children with. He enjoyed a career in business with his wife, who eventually passed away in 2000. He then felt a call to the priesthood and later became a Roman Catholic priest in the Archdiocese of Grouard-McLennan on August 24, 2008.
He retired early 2018, due to health reasons and relocated back to Winnipeg to be close to family. His children were with him the night when he passed away peacefully in his sleep.
Prayers will be held on March 29, at 7:00 p.m. and a Funeral Mass will be held at Our Lady of Victory Parish on March 30, at 1:30 p.m. Due to Covid restrictions attendance is by invite only but will be live streamed on Our Lady of Victory Memorial Church OLV YouTube Channel for those who want to join us virtually.