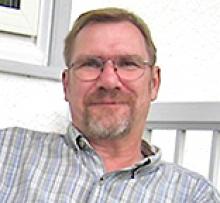 With the heaviest of hearts, we announce the sudden passing of our patriarch, Will.
He is survived by his true love, his wife Janet; his daughter Carrie (Chris); his son Kris (Elke); and his four grandchildren, William, Thomas, Maya, and Stella.
Will was raised in the North End and lived his whole life in Winnipeg. He was married to Janet for almost 48 years and together they raised their two children.
Will spent most of his working life at Air Canada. He enjoyed his many years volunteering with the Red River Ex and made many friends in recent years at the St. James Assiniboia 55 Plus Club.
He was an avid Nascar fan and travelled to many races in the States. In his retirement years, Will enjoyed a somewhat quieter life enjoying his grandchildren, watching the Jets, playing scrabble, and often winning against his kids at cribbage.
Will had the kindest heart, under a sometimes-gruff exterior. He was full of love and immeasurable generosity. He extended this to this family, his friends, and without abandon to his grandchildren.
We, the family, are grateful for the messages of love and support that we have received.
A celebration of his life will be scheduled for a later date.