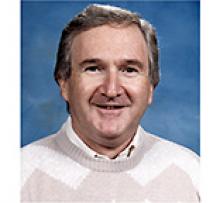 It is with deep sorrow that the family of Saul Rifkin announces his death, which took place on April 3, 2021, at the Grace Hospital in Winnipeg, Manitoba at the age of 90.
Saul Rifkin, a pioneering educator and gentle, kind man who was beloved by his family, friends and countless students, died April 3, 2021. Saul always stressed the importance of education and was dedicated to his profession. It was not unusual for former students to approach him and his family decades after they left the classroom and to thank him for his indelible impact on their lives and success in their careers. What they saw during the course of a year, his family and friends experienced for 90 years. Born in Selkirk, Manitoba, the youngest child of Harry Rifkin and Freda Rifkin, Saul was a devoted and loving husband to his wife Barbara for 60 years until her passing in 2016.
As a young child Saul, along with his sister Rose and brother Max, worked endless hours assisting in the family store in Selkirk, went to United College where he received his BA and then went to graduate school at the University of Minnesota. He furthered his education at the University of Manitoba where he received his BA in education and taught chemistry, mathematics and English as a second language in the Transcona School Division. He pioneered several innovative programs including annual science fairs, an adult education evening school and a school based Air Cadet program. He then served as principal in two elementary schools and Transcona Collegiate High School. He met Barbara Permack in 1956, who became the love of his life, and both graduated from University of Manitoba. They had two sons, Gerald and Martin, raising them on the belief that the most important things in the world were family, education and unforgettable experiences,
Saul was a Mason, baseball coach, an avid bridge player, toast master, and always loved a good story and joke. He loved taking his family on many summer camping trips throughout the US and Canada and the car was always filled with joy, sing-songs and laughter. He loved his summer campsite at Spruce Sands north of Gimli, Manitoba where the family, and friends would spend many wonderful summers together. He loved entertaining with his wife Barbara and would have many themed parties for their friends. After their retirement, he and wife Barbara embarked on a new adventure: becoming escorts for tour groups on vacations across the globe.
He took many trips to visit his family in Toronto and Gainesville, Florida. Saul is survived by Gerald, Martin (Margo), grandchildren, Jesse, Jada, Nicole and Eric, and many other family members and friends.
The burial took place April 6, 2021 and his funeral was livestreamed on the Shaarey Zedek Synagogue website.
Donations may be sent to The Canadian Museum for Human Rights in Winnipeg or to a charity of the giver's choice.