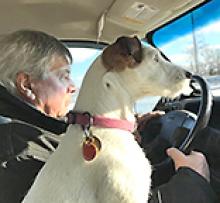 "I will be right over". These were the words from a man who would drop everything so that he could be there to help you out.
It is with heavy hearts that we announce the passing of our Dad and Papa. He fought the good fight and has now joined the love of his life Donna and his grandson Derek.
Left to mourn his passing are his children, Tami (Brad), Nancy (Don), Jeff, Greg, Jennifer (Reg) and Karen Goodale; his grandchildren, Tess (Steven), Brendan, Gabrielle, Emma, Connor, Leah, Emmet, Ryan and Michael whom he was all very proud of.
We would like to share with you how important our Dad was to his family, friends, and community during his 80 years with us. Dad's work ethic was instilled in us at an early age. He was a loyal and dedicated employee to Comstock Canada for 45 years working as an Electrical Superintendent mentoring apprentices, managing job sites, and earning the respect and friendship of his employees during his career. Dad was also very involved in the Oak Bluff community way before it became what it is today. He and several friends donated their time building the Oak Bluff Recreation Club where we all grew up playing hockey, ringette and attending the occasional social. He laced up the blades and played a few seasons as an "Old Timer" where he and Vic eventually hung up their equipment in exchange for the stripes to get out and enjoy their time on the ice. He also volunteered coaching hockey and baseball where he was a role model to many kids at the time who have all now grown and still fondly refer to him as "Coach" or "Uncle George".
Dad loved spending time visiting with his nieces and nephews who will miss his hug (he gave the best ones), smile and laugh. He would light up a room just by entering it. We know that he rather enjoyed his visits outside over this last year and of course the baking that was dropped off, as he did have a bit of a sweet tooth! He was a genuine friend to many and was always willing to lend a hand, dropping in for visits at the farm, having a rum or beer with, and his favourite thing was being invited to your homes for dinner over the last few years. To his children he was larger than life, a father and a friend all rolled into one. Dad loved the outdoors; fishing was one of his absolute favourite pastimes with regular trips to Dauphin River or Grand Rapids. Papa taught each of his grandchildren how to fish, would offer advice, enjoyed quality time with, and most importantly he loved each and every one of you more than you will ever know.
He worked hard over the years to ensure that we never went without. We spent many summers on family camping trips and were always able to play our favourite sports. We remember having all kinds of different animals as pets such as horses, sheep, ducks, chickens but mostly dogs as this was his favourite. Above all he made and spent time for us - always - without a question this was his largest gift to us. We remember the countless hours he spent driving us to and from practices and games, cheering us on from behind the bench or on the sidelines. Dad was wise, a knower of all things, if it was broken, he could fix it. If you didn't know what to do, he would tell you. He had the largest, warmest, kindest hands and if you had the privilege of shaking his, you would understand how large this man's heart was. Since our Mom passed, Dad enjoyed taking his Sophie to Assiniboine Park where he would spark up conversations with strangers who soon became regular acquaintances on a Sunday afternoon. This was a common occurrence for Dad because he had a genuine curiosity and interest about people, one of his many great qualities as a human being. Over this past year we had seen him progressively get weaker with his treatments and frustrated that he could not do the things he loved to do. However, his sense of humour never left him, I think we can all hear him today in that voice of his starting off or ending a sentence with "JC"! It is an understatement when we say we will miss him. There is a hole in our hearts that will never be filled but we do have a lifetime of memories that will carry us through until we see him again.
Thank-you to the Doctors and Nursing staff at the Grace General Hospital for their compassion and care. With your intuition we were able to be with him and hold his hand while he slipped away, a gift that most were not able to have with their loved ones during this time.
In lieu of flowers, donations can be made to CancerCare Manitoba or the Winnipeg Humane Society.
A private graveside ceremony will take place to abide by current Public Health restrictions.
Thank-you to all who have sent their messages of condolence to the family, we appreciate the love and support. We ask that you raise a glass this Saturday around the dinner table with your loved ones and toast George, Papa, Geo, Big G or Uncle George. Make a donation to