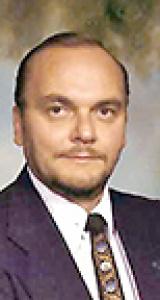 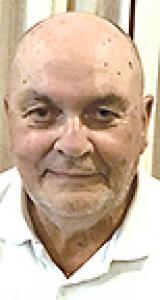 It is with heavy hearts that we announce the passing of Erich Lindenschmidt on Friday, April 2, 2021, at the age of 84.
Erich was born in Winnipeg on April 11, 1936. After attending Machray School and St. John's High School he enrolled at the University of Manitoba in 1954. He received his Bachelor of Arts in 1957, majoring in German, his Bachelor of Pedagogy in 1958 and his Bachelor of Education in 1961.
In 1958 to 1959 he taught for the Federal Government of West Germany at the Gymnasium in Backnang, Wuerttemberg. Upon his return he taught at a number of different places: Edmund Partridge Junior High School, West Kildonan, Minitonas, Manitoba and Long Plain First Nation Reserve near Portage-la-Prairie.
In 1963 he married Rita Koehn whereupon they settled for many years in Beausejour, Manitoba where he taught at the high school with only a few interruptions until 1987. As a young couple with their son Karl they spent a year at Nelson House, Manitoba, where Erich was the principal. From 1970 to 1973 they moved together with their son and daughter to Baden-Soellingen, Germany where Erich taught at the Canadian Forces Base School.
For about ten years Erich served on the Manitoba Curriculum Committee of the Department of Education for the German language. He was very interested in furthering the learning of German in Manitoba. And to that end he served for a number of years in the Youth Committee of the German Club of Winnipeg, 1982, not to mention the years that he spent teaching German at the Edward Schreyer School in Beausejour in which he encouraged students to further their learning of German culture and language through study, travel and scholarship programmes. To that end he was also active in the Manitoba German Language and Essay Contest. He also taught German at the German Saturday School in Winnipeg.
After leaving Beausejour and moving to Winnipeg and then to his cabin at Red Rock Lake in the Whiteshell he taught at the Brightstone Hutterite Colony near Lac du Bonnet and substitute taught at the Whitemouth Collegiate.
Together with his wife Rita they spent six months in 1991 in Germany where Rita was a nurse at the Wartenberg Klinik near Munich.
Erich retired in the spring of 1991. Having retired to Whitemouth and then to Beausejour he could persue his hobbies and sports such as genealogy, fishing, hunting, skiing, hiking and gardening. He spent many memorable years with his children and grandchildren at the cottage at Red Rock Lake.
He leaves to mourn his wife Rita; son Karl (Marie) and grandchildren, Erich, Nicole, and Tilman; daughter Karin (Daniel Bergen) and grandchildren, Michael and Alexa; brother Fred (Betty); and nephews, Dr. R. Lindenschmidt and Dr. F. Lindenschmidt and niece Lisa and their children. He was predeceased by his parents, Fritz and Maja.
The family would like to thank Dr. Hastir, Dr. Papetti, and the doctors and staff at the Whitemouth Personal Care Home for their care and compassion.
As per Erich's wishes, cremation has taken place and a service may be held at a later date.