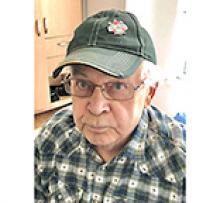 Sadly, on March 29, 2021, Archibald (Keith) Demeria passed away peacefully in Victoria, BC.
Keith was born April 1, 1941 in Selkirk, MB and later moved to Victoria, BC to be closer to his daughter Kim following his retirement.
Keith had a 50 year career as an Iron Worker in Winnipeg with LOC 728.
Predeceased by his father Archibald and his mother Edith, as well as his siblings, Scotty, Norma, Frank, Ruth, Glen and Amber. He leaves behind his sister Jane and brother Archie.