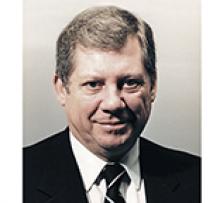 Al passed away peacefully, with family by his side, at Third Crossing Manor in Gladstone, MB.
He was predeceased by his parents: Albert Edward and Katherine Shipman; and his loving wife, Phyllis, of 64 years. He is survived by his children: Rand (Pat), twins, Lauren (William) and Daryl (Rosanne); grandchildren: Paul (Eveline), Patrick (Diana), Tyler (Lizzie); Justin (Cindy), Andrew (Crystal), Stefan; Kristen and Joshua (Dana); great-grandchildren: Rose, Owen, Kendra, Jaxon, Easton, Mila, Lilja, Nika, Ruby, Jerika, Hazel and Penny; great-great-grandchildren: Kenlie and Reid. He is also survived by his brother Will (Linda); brother-in-law Adam, sisters-in-law, Francis and Della, and numerous nieces and nephews.
Albert attended Sir Isaac Newton High School till grade 11 until he left to join the army. He was stationed in Winnipeg from 1948 to 1951. He was an avid marksman and competed with the Winnipeg Rifles winning several tournaments and was Dominion Champion in 1948. During this time he was introduced to Phyllis on a date and proposed two weeks later. He convinced Phyllis to try shooting and they both went on to win several medals. They were married in 1950 and started to raise their family after he left the military.
Albert worked as a pressman for Baker and Sons in 1952 for several years. He went back to school and graduated from the Manitoba Institute of Applied Arts and Technology, he also held a certificate from the Banff School of Management Studies covering Business Administration for Pharmacy. In 1965, he started a new career with National Drugs as Director of Retail Services. He later became Divisional Manager of Associated Retail Pharmacists. In 1978, Albert left to start his own business and launched United Pharmacists Wholesale with products bearing the Price Watchers logo. He played a significant role in the pharmaceutical trade. He served as Chairman of the Canadian Wholesale Drug Association and was instrumental in providing financial support in development of a new Pharmacy facility at the University of Manitoba. He retired as CEO from UPW but remained as consultant for years.
Albert was very community minded and served on various committees and boards including: West Kildonan Parks and Recreation, Seven Oaks School Board, Winnipeg Chamber of Commerce Finance, and the Winnipeg Football Club. He served 12 years as a Director for the Winnipeg Blue Bombers and the family has been season ticket holders since 1966. He also had season tickets to the Winnipeg Jets.
Albert loved being with family and friends. He and Phyllis would often host Christmas for their large extended family of 80+ relatives. They also enjoyed having them at their cabin at Nutimik Lake in the Whiteshell. He loved to fish and was always after that big sturgeon. He was an accomplished photographer who eventually took photos for family and friend's weddings. Phyllis and Al went on many vacations around the globe. Golf though was his passion. He was a member at Elmhurst and Larders Golf Clubs and enjoyed golfing while travelling.
Albert was always willing to help his family, relatives, friends and the needy. His generosity included not only financial support, but he actively participated in fund-raising projects for a host of charities.
Our family would like to thank the staff at Third Crossing Manor where he resided since February, 2020 for their care and compassion.
In keeping with Albert's wishes, cremation has taken place and a private family service will be held on Friday, April 16.
In lieu of flowers, the family kindly request that donations be made to Seven Regions Health Foundation and indicate in the memo either, Third Crossing Manor "courtyard fund" or "activities fund", Box 1000, Gladstone, MB R0J 0T0.