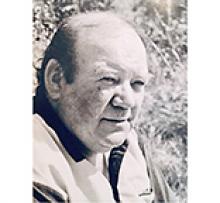 With broken hearts we announce the passing of our beloved Father, Grandfather, Great-Grandfather. After a very long, courageous battle with cancer our Pop left our world. Pop has joined our Mum Cathy in Heaven.
Left to adore and remember him always his children, Peter (Josie), Paula (CJ) and Christina (Jeff); heartbroken grandkids, Peter (Haley), Andrew, Brittany (Andrew), Keaston (Tayler), Jessica (Jessie), Kieran (Macy) and Declan, step-grandkids, Jeremie, Derik (Kayla), his great-grandchildren, Jaxon and Rosalia; Jeanette and sister-in-law Margaret. Uncle Peter will be missed deeply by all the family in the UK and Bahamas. Joining his family in heartache is very special friend Evelyn Kingsland.
Always someone who sought out adventure, Peter moved his family to Canada for a new life and to give his children more opportunities. Peter settled in Canada but his heart was in Liverpool and his beloved Liverpool Football Club. As a Paratrooper in the British Army, Peter travelled the world as a Peacekeeper and was a skilled jumper who earned his jump wings for multiple countries. Highlights were early testing the modern-day parachute and training Paratroopers - both regulars and special forces. Peter's passion for soccer led him to be one of the most respected soccer coaches in Manitoba. Highlights of his soccer career included his Pro B license, named Head Coach for the 1986 Canada Games Team and scouting for FA Pro teams. Peter was a man of great Catholic faith and had a heart for service taking any opportunity to volunteer his time and skills to coach hundreds of players. Of all Peter's achievements in life the greatest was being a Father and Grandfather; being surrounded and spoiling his family was when he was happiest.
Thanks Dr Gooi, Dr Daeninck and Dr. Rigato, Trish from palliative care and Father Polz.


Funeral Mass will be celebrated at 1:30 p.m., Wednesday, April 14, 2021 at St. John XXIII Roman Catholic Church with only family in attendance. Please join us via livestream in real time on the St. John XXIII Winnipeg YouTube Channel. For the YouTube livestream link go to www.johnxxiii.ca
In lieu of flowers, donations may be made in Peter's memory to St. John XXIII Parish, 3390 Portage Ave., Winnipeg, MB R3K 0Z3.