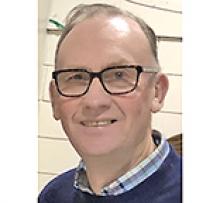 Peacefully, and surrounded by family, Guy Johnson passed away on March 31, 2021, at 70 years of age.
Guy had a thirst for knowledge and always sought out new experiences and opportunities to learn. He possessed vision - and when combined with his incredible work ethic - this forward focus helped to make many of his dreams become reality. He had an optimistic outlook on life, a playful sense of humour, pride in his Icelandic heritage, and an insatiable sweet tooth.
Born on May 29, 1950, Guy was raised by his parents Leonard and Ethel Johnson on a cattle ranch near Eddystone, Manitoba. He grew up surrounded by family, and liked to proudly declare that he had 72 first cousins whom he adored, many remaining his closest friends throughout his life.
Guy loved sports and was a steadfast Chicago Cubs fan from a young age, and was overjoyed when his beloved Chicago Cubs finally took the World Series in 2016. Growing up he played first base for the Larkspur Baseball Club, football in high school, and was also an avid curler who treated the game like a science. On the ranch, he built a homemade set of uprights on the field opposite his house, quarterbacking plays for his kids on many a summer evening. He coached his son David's baseball teams for a number of years, and was instrumental in organizing many Eddystone Sports days and curling bonspiels.
From a young age Guy planned to follow in his father's footsteps and become a cattle rancher. He completed the Agriculture Diploma program from the University of Manitoba (U of M) in 1972 before returning to the family farm. His curiosity to understand more about the economic side of agriculture motivated him to return to study at U of M, graduating with an Agricultural Economics degree in 1978.
He adored ranching and the satisfaction that accompanies a good day's work. As a rancher, he had a keen interest in genetics, valuing innovation and data-driven improvement, and adopting many unique and progressive farming practices over the years. He even used his world travels as learning opportunities, visiting farms and geneticists around the world, from Jamaica to Iceland.
Guy was most proud of the breeding program he developed to create his own composite cattle breed, mapped out by a graduate student in the U of M's Animal Science department. This brought an overarching mission to the unrelenting day-to-day work of building fences (52 miles built in all), the long days of haying in the summer, machinery repair, sleepless nights during calving season, and the many aspects of physical labour that it takes to run a cattle ranch.
His hard work did not go unnoticed: he was a founding member of Manitoba Cattle Producers Association; was awarded Manitoba Conservation's 1990 Farm Family of the Year, served a five-year term on the Beef Information Ontario Board of Directors; and was the recipient of the 2005 University of Manitoba's Agriculture Diploma Certificate of Merit. The accolade he cherished most, however, was being inducted into the Larkspur Baseball Hall of Fame in 2020.
After being set up by a mutual friend and dating for years, Guy married Susan in 1982, and as partners they named their ranch Shoreline Stock Farm. They were a formidable team, complementing each other's strengths and bringing out each other's best qualities. Some of their best moments together were spent at their Ochre Beach cottage.
Guy is mourned by his daughter Meredith Johnson, son David Johnson (Meghan Greenlay), sister Holly Johnson, grandson Nesta Mhina, nieces and nephews, great-nieces and great-nephews, his many cousins, extended family, and friends. He was predeceased by his wife Susan David Johnson, father Leonard, and mother Ethel.
His family will remain ever grateful for his big ideas and forward thinking; his insistence on celebrating the achievements of those around him; his bold and polished sense of style; his sage, practical advice; and his sense of adventure and play. Guy was an independent thinker with a generous heart, a strong sense of integrity, and a deep, enduring love for his wife, Susan. Never one to sit idle, in his last week with us he finished writing a skit about the Icelanders first landing in Canada.
A virtual gathering by Zoom is being planned to celebrate Guy's life. If you would like to participate, please email guyjohnsonservice@gmail.com and further details will be sent out when they are available.