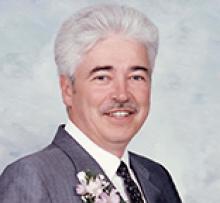 It is with great sadness that we announce the passing of Neil Nicholson, husband, father, grandfather and brother, after a forty year struggle with MS.
Neil was predeceased by brother Gary, and is survived by his wife Shirley, daughters, Cyndy, Christy (Zbig) Wieczorkiewicz, son Bruce (Kristin), grandchildren, Cody, Alexa, Kaeli and Jenna, sister Trish (Richard) Scharnik, sister-in-law Ina Nicholson, as well as numerous extended family.
Neil was born and raised in Elmwood, and was married to his high school sweetheart for 55 years. Neil graduated from MIT and prided himself with a 35 year career at Manitoba Hydro until taking an early retirement due to his illness.
In his early years Neil enjoyed all sports and participated in playing basketball, hockey, golf and curling. The Nicholson family lived in Springfield for 26 years, where Neil was one of the founders of Zora Community Club, and he also coached his daughters in baseball and his son in hockey.
Special thanks to Neil's caregivers at Donwood Manor where he resided for the last 13 years.
In lieu of flowers, anyone wishing to make a donation to the MS Society in memory of Neil would be appreciated.
Family and friends are invited to leave condolences and share memories by visiting Neil's memorial page at seasonsfunerals.ca