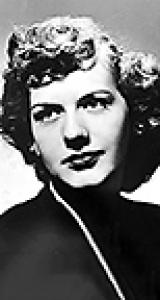 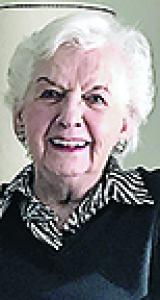 Peacefully, after a progressive decline in her health Marjorie passed away on April 5, 2021.
Marjorie (Mardie) was predeceased by her parents, Willard and Rita Bowen, by her loving husband of 61 years. Gerald D. Law in 2014, her son Donald Ross Law (Donnie) in 2011 as well as her brother Bruce Bowen in 2006.
Mardie is survived by her loving daughter and caregiver Sherry MacDonald (Peter), her daughter-in-law Debbie Law of New Denver, BC, sister Susan Robertson of Edmonton, AB, and grandchildren, Jesse (Susan) and Casey Law, Lindsey (Andrew) Parkes, Carling MacDonald (Michael Merner) and Duncan MacDonald. She is also survived by great-grandchildren, Aspen and Laya Parkes and Harper Merner, along with numerous nieces and nephews.
Mardie was born in Drumheller, AB on February 16, 1932. Her grandfather was one of the first settlers in Drumheller (Thomas Patrick Greentree) who flipped a coin with Sam Drumheller to determine who the town would be named after. Her father was a hotel proprietor and owned hotels in several places throughout Alberta. She spent her youth between Forestburg, Hardisty and High Prairie and ultimately her family settled in Edmonton. In adulthood, Mardie pursued a course in business and subsequently worked as a teller at the Royal Bank. When reminiscing about this job, she always prided herself on having not only remembering every client's name, but also their account numbers by heart!
In 1952, on a blind date with Gerry Law from Winnipeg, she fell in love, and although she was engaged to someone else at the time, she decided that Gerry was who she wanted to spend her life with. They married in Edmonton in 1953 and relocated back to Winnipeg in 1960 where Gerry continued his career with EH Price Ltd. and eventually served as president for 22 years. Mardie was always tremendously supportive of Gerry in that role. She accompanied him on many business trips but some of her favourite trips were later with the Art Gallery to Tuscany, and Spain.
Mardie was active in the Winnipeg community, supporting many organizations including a long dedication to the Winnipeg Art Gallery, where she became a student of art in all forms. She was a former President of the Antique Arts Club of Winnipeg. She also served on the Board of Regents for the University of Winnipeg.
In retirement, Gerry and Mardie built a beautiful summer island home on Little Sand Lake (Minaki) where they enjoyed many happy summers, especially when in the presence of their grandchildren. Mardie and Gerry were grateful for the caring surroundings of the Shaftesbury residence and appreciated very much the many caregivers in their later years.
Mardie will always be remembered for her outspoken views, speaking her mind and often creating humorous situations. She was quick to offer and join her granddaughters in a midday glass of wine, which they loved. She had a wonderful sense of humour and an infectious laugh that would brighten any occasion. She was an avid reader and a vivid storyteller. She was an impeccable homemaker, tremendously organized and clean, making a stay at her home or cottage like a stay in a five star hotel. She was a loving and much loved matriarch of our family, tremendously fond of her grandchildren and great-grandchildren, and will be dearly missed by all.
If friends so desire, donations can be made to the Winnipeg Art Gallery or a charity of your choice.