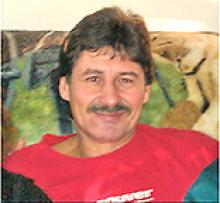 A cluster of precious memories
Sprayed with a million tears,
Wishing God had spared you
If only for a few more years.
You left a special memory
And a sorrow too great to hold,
To us who loved and lost you
Your memory will never grow old.
Thanks for the years we had
Thanks for the memories we shared,
We only prayed that when you left us
That you knew how much we cared