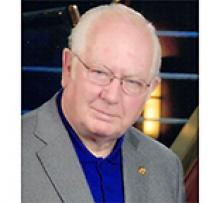 After a brief stay at St. Boniface Hospital in Winnipeg, Bill passed away peacefully on April 8, 2021, at the age of 86.
He was predeceased by his wife Eugenie (Jean), his mother Gertrude and father Leo, his brother Frank and sister-in-law Mardi.
He was loved dearly and will be greatly missed by his three children, Joni (Dave) Rowat of Vermillion Lake, ON, James Cole of Moose Jaw, SK, Cathy (Robert) Laskey of Airdrie, AB; five grandchildren, five great-grandchildren, and two nieces and their families.
Bill joined the R.C.A.F. and served from 1951 to 1957. He was a long time member of Legion No. 215 in Winnipeg as well. After the service he spent the rest of his working life in the trucking industry. He enjoyed the solitude of being "on the road" for many years and ended his career at TransX working in their office.
Bill took great pleasure in antique classic cars. He and his late wife owned several cars over the years and were members of the Manitoba Classic and Antique Car Club, Northern Lites Impalas and the Fabulous 50 Ford Club of Manitoba for many years.
Thank you to the nurses and staff on 5E who provided great care and comfort to him in his final days. These front line workers are true angels and heroes for the patients and their families, especially during this pandemic.

"Goodbyes are not forever, goodbyes
are not the end, they simply mean
we'll miss you, until we meet again"

Due to Covid protocols, a private family service will be scheduled at a later date.
Desjardins Funeral Home, Winnipeg in care of arrangements.