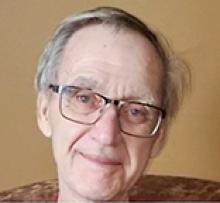 On Saturday, April 10, 2021, Angus Mervin Hansey, loving father and Papa, passed away peacefully at his residence at the age of 81. He was born April 10, 1940, he came full circle on the day of his death.
He leaves to mourn and cherish his life, his son Rodney (Karen), grandson Eric (Kiera), granddaughter Jessica (Clayton); his daughter Tracey (James), granddaughter Shaynese (Creighton), great-grandson Easton; granddaughters, Brittany and Tristyn (Brant); his daughter Terrey; grandsons, Tyler (Julie) and Joshua; his brother Douglas; nephews, Dougie, Bradley, and Mathew; niece Shannon; sister-in-law Esther; nephew Jeff; nieces, Allison, children, Bryson and Caitlyn, and Amber (Josh), son Burkely; as well, many family, friends and neighbours.
Angus was preceded in death by his parents, Walter and Margaret; brothers, Ronald and Gary; and his loving wife Joan of 58 years.
Angus grew up in West Kildonan and lived there all of his life. He spent many summers working on his grandfather's farm in Stony Mountain. He trained as an auto mechanic, working at Dickson Motors, beginning his passion for cars. On weekends he would have a line of cars at his home to fix for friends and family. Angus later changed careers working with his Dad at the family business, Atlas Window Cleaning. He was joined at this business with his childhood best friend Bill and together they created A & B Window Cleaning. After Bill's death, Angus continued on with Atlas Window Cleaning until he retired in 2005, his son Rodney taking the torch and continuing to build the business.
Angus' passion for cars inspired him to build a 1938 Chevy which was featured in the Winnipeg Free Press. He joined the MHRA Car Club participating in car shows and fundraisers during his retirement.
Angus and Joan built a cottage in Balaton Beach in 1983 where they spend many years enjoying it with family, friends and their dogs. It was their sanctuary, a place to relax and celebrate during their retirement years. Many memories were created there and they leave it as a legacy for the family to cherish.
The family will be having a private gathering to honour his life.
In lieu of flowers, the family requests donations be made to the Winnipeg Humane Society.