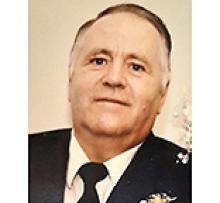 It is with great sorrow that we announce the passing of Andrew S. Hofer (Andy) of Winnipeg, MB at St. Boniface Hospital on the evening of April 5, 2021, at the age of 77.
He leaves to cherish his memory his daughter Andrea Giesbrecht (Albert); sons, Theodore Hofer (Shirley) and Derek Hofer; granddaughters, Marisa Giesbrecht, Bethany Giesbrecht and Reagan Hofer; grandson Aidan Hofer; sisters, Rachel Tschetter, Ruth Waldner and Clara Hofer, and brother Samuel Hofer.
He was predeceased by his wife of 51 years, Marie Hofer; parents, Samuel and Sarah Hofer; granddaughter Nyah Hofer; sisters, Sarah Waldner, Katherine Waldner, Margaret Hofer and Elizabeth Zacharias; brothers, Jonathon Hofer, Edward Hofer, Herman Hofer, and brother Ernie Hofer, who died in infancy. His numerous nieces and nephews all had a special place in his heart.
Dad was the youngest son in the family and spent his early years on Barrickman Hutterite Colony west of Headingley, MB. In 1955, the family was relocated to the newly formed Greenwald Hutterite Colony in the R.M. of Brokenhead, MB, a daughter colony of Barrickman Colony. As a young man, Dad left the colony in the mid 1960s along with his parents and seven of his siblings and their families to start a new life outside of the Hutterite Colony. The need for employment brought Dad to Saskatchewan to work in the mining industry, and it was in Saskatoon that he met his wife, Marie Bihler whom he married in June of 1966. After daughter Andrea was born in 1968, the family returned to Manitoba where Dad started work as a plumbing apprentice. Sons, Theodore (Ted) and Derek were added to family in 1969 and 1974 respectively. It was around this time that Dad found a new calling as a Self-Employed Concrete Contractor. In 1982, Dad obtained concrete work contracts in Saskatoon and Calgary, and the family relocated back to Saskatoon to be closer to work. Sadly, economic recession shortly after the move put an end to Dad's prosperous career as a Concrete Contractor.
The family moved back to Winnipeg in 1986, and Dad was having to start from scratch to support his family. Dad was an entrepreneur and salesman at heart, and during this period of time tried his hand at a number of endeavours. He found success in a humble occupation, selling bagged potatoes to restaurants, and he loved interacting with customers and knocking on doors to find new business.
Dad loved to travel, and we have fond memories of yearly autumn church trips that took us to places across Canada and the United States. Among our favourite destinations were Wisconsin Dells and the Black Hills of South Dakota. In his retirement, Dad got the opportunity to take a once-in-a-lifetime trip to Austria and Germany to discover his heritage. He also travelled to Cuba and enjoyed coffee time with friends at Kildonan Place Mall. But his greatest source of joy was hearing how his grandchildren were doing. In his mid 60s his health started a serious decline, and over the years suffered several life-threatening illness events. It was during one of his hospitalizations that it was discovered that he had a rare blood disorder called Polycethemia Vera. It was always amazing to see him bounce back time and time again.
Dad's faith journey brought him to the place where he depended completely on his Lord and Saviour, Jesus Christ to sustain him and carry him through whatever situation he faced. He did not tire of reflecting on the words of Jesus, "It is finished".
We would like to extend a special thank you to the staff at CancerCare Blood Disorders Clinic at St. Boniface Hospital where he was an outpatient for a number of years, the staff at Bergen Cardiac Care Clinic who gave him a new lease on life in July of 2017, and the staff at St. Boniface Hospital who cared for him during his last days.
Cremation has taken place. Interment and a Celebration of Life service is being planned for a date yet to be determined.
If anyone so wishes, donations can be made in Andy's memory to CancerCare Manitoba.